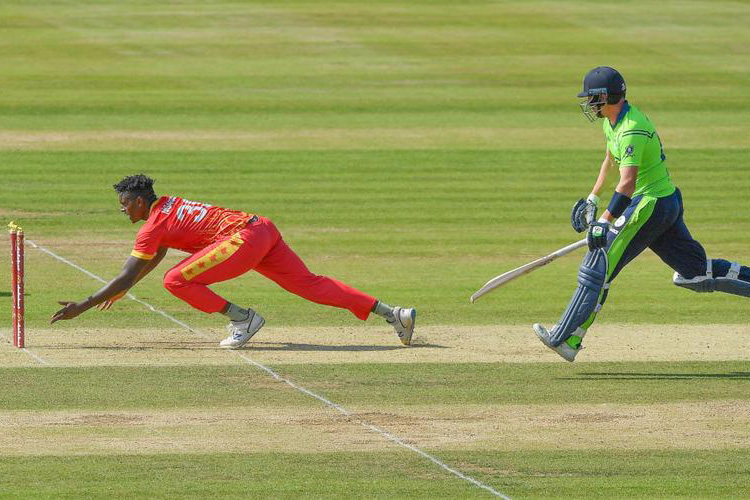 Richard Ngarava held his nerve in the last over as Zimbabwe beat Ireland by just three runs in a dramatic first Twenty20 international in Dublin on Friday.

After Zimbabwe managed a seemingly meagre 117-7, Ireland were well-placed when requiring 18 runs off the last three overs, 12 off the last two and six off the last one, bowled by Ngarava.

Ngarava started with two dot balls to Simi Singh and a single, before bowling Barry McCarthy and, after Craig Young was run out off the penultimate delivery, he conceded just one off the last as Ireland finished agonisingly short on 114-9.

Zimbabwe's Regis Chakabva was named player of the match for his 47 off 28 balls, with Singh's innings the next best individual score on either side.

Victory gave Zimbabwe a 1-0 lead in a five-match series that Ireland are using as part of their build-up to October's T20 World Cup.

The second match is on Sunday, with the remaining three games scheduled for next week.

Rumana: Doing well against Zimbabwe will be a turning point for us