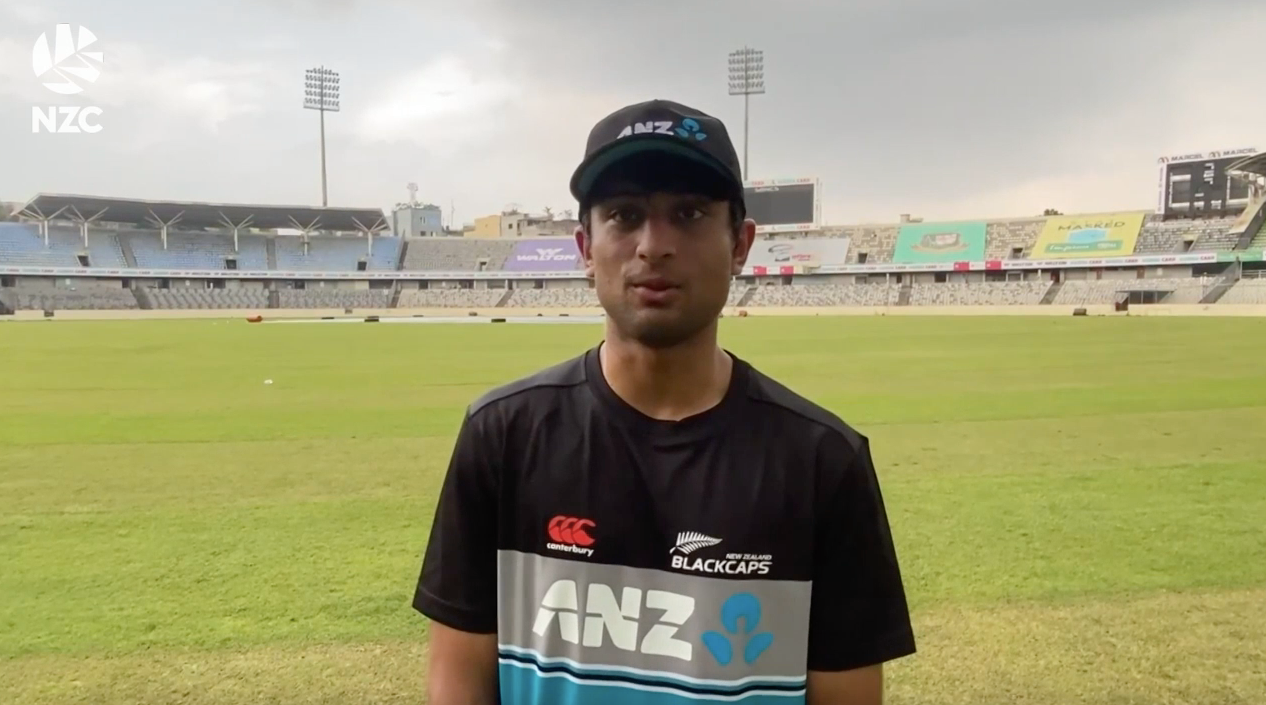 New Zealand debutant Rachin Ravindra wants to learn from the cricketers of Bangladesh and understand the condition so that he can utilize it against them.

The left-arm spinning all-rounder, Rachin toured Bangladesh for the first time in 2016 for the ICC Under-19 World Cup, he also played in UAE. The young Kiwi all-rounder praised Shakib Al Hasan, Mahmudullah, Mushfiqur Rahim, Mustafizur Rahman he also added he wants to learn about the wicket in Mirpur and use it in their game.

“They just won 4-1 against Australia. They have world class cricketers like Shakib, Mahmudullah, Mushfiqur, Mustafiz. They have some really great cricketers,”

“We can also learn from them and understand what they do in their own condition. I hope we will learn and use it in our game,” said Rachin in a video message.

Australia lost 4-1 on the recently concluded T20 series against Tigers and were skittled for 62 in the fifth match of the series. Seeing such results, Rachin claimed that the condition of Bangladesh is quite different from other T20 wickets.

"Especially in the series against Australia, it looks like it's the opposite of normal T20 conditions. Probably 130-140 runs can be made in this wicket. It would be a different plan. But it will be exciting to adapt and learn there,” he added.