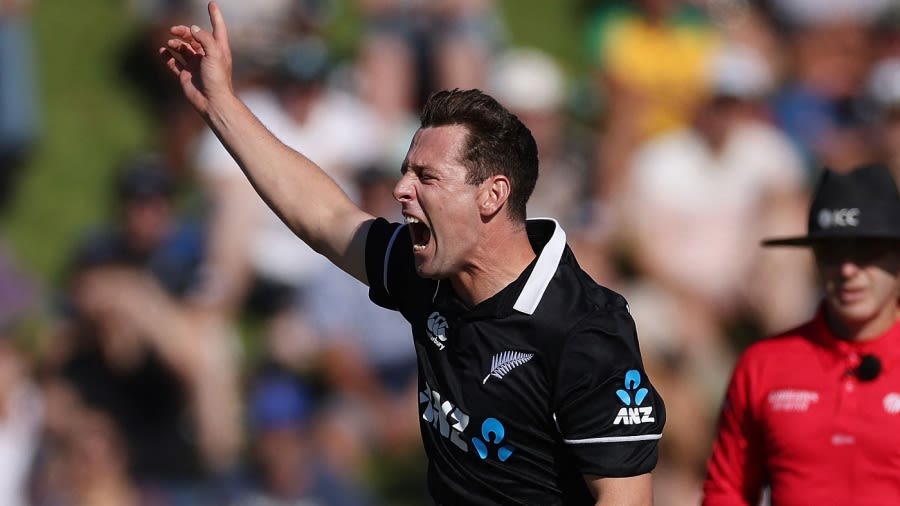 New Zealand speedster Matt Henry has been called up to New Zealand's T20I squad in Bangladesh as cover for Finn Allen who tested positive for Covid-19 earlier this week, informed by the New Zealand Cricket (NZC) through a press release on Friday [August 27].

New Zealand Head Coach Gary Stead stated that Henry is not a direct replacement for Allen, but expands the selection options that the Black Caps have at their disposal.

"Matt's clearly not a like-for-like replacement for Finn, but he expands our selection options and, in the current circumstances, is the best equipped to join the side at such short notice," said Stead

"He's received both doses of the Covid-19 vaccination and already has a MIQ bed allocated for his return."

Stead said he didn't consider players currently in the UK due to the seven-day isolation period they would face on arrival into Dhaka.

"And, in the current environment, we remain mindful of the need to carefully balance player workloads. We're not prepared to risk anyone's well-being by asking them to commit to extremely long periods away from home,"" he said.

New Zealand will play five T20 internationals in Bangladesh with the first match in September 1.