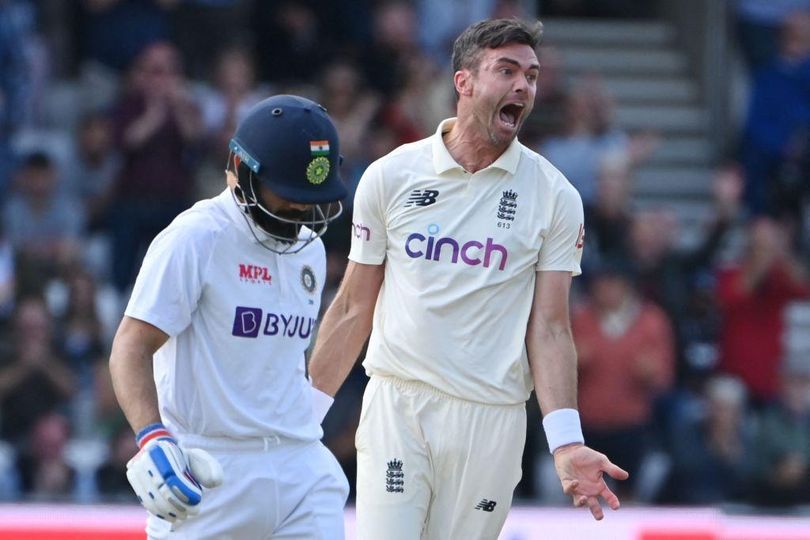 England great James Anderson ripped through the top order as India collapsed to 78 all out in the third Test at Headingley on Wednesday before openers Rory Burns and Haseeb Hameed capped a near-perfect first day for Joe Root's men with an unbroken stand of 120.

Anderson took 3-6 in eight overs, including the prize wicket of India captain Virat Kohli, who won the toss.

Both Sam Curran and Craig Overton took two wickets in two balls after lunch, with Overton finishing with 3-14 in 10.4 overs after being recalled in place of injured fast bowler Mark Wood.

Even so there was still the worry for England, beset by top-order problems during a run of seven Tests without a win, might collapse in similar fashion.

At stumps, Burns was 52 not out and Hameed, promoted to open after Dom Sibley was dropped, 60 not out.

This was England's best first day in a Test since the 2015 Ashes clash at Trent Bridge where they dismissed Australia for just 60, with Stuart Broad taking 8-15, before reaching stumps on 274-4 -- with Root unbeaten on 124.

India, 56-4 at lunch on Wednesday, lost their last six wickets for 22 runs in an innings that was finished inside 41 overs.

Rohit Sharma (19) and Ajinkya Rahane (18) were the only India batsmen to make it into double figures, with extras providing 16 runs. 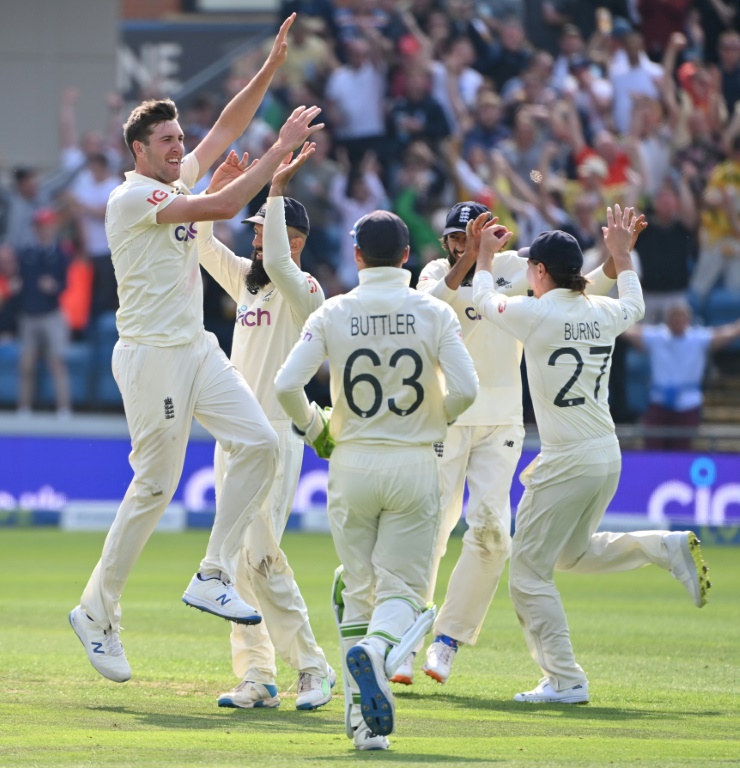 An unchanged India came into this match 1-0 up in the five-Test series following a superb 151-run win at Lord's last week.

Kohli won the toss and despite the overcast conditions that promised to aid Anderson, decided to bat.

But India, having seen Rahul and Rohit share a century opening stand at Lord's, were 1-1 off the fifth ball of the day.

Rahul, fresh from his 129 at the 'home of cricket', fell for a duck when he edged a booming drive to give wicketkeeper Jos Buttler the first of five catches in the innings.

The often gritty Pujara lasted just nine balls for one, undone by a superb Anderson delivery that both swung away and seamed.

Anderson and Kohli had exchanged angry words at Lord's after the England tailender had been subjected to a bouncer barrage from Jasprit Bumrah.

But there was little time for any more 'sledging' as Kohli, without a Test hundred in two years and averaging just 23 since January 2020, fell for seven when he tried to drive an Anderson ball he might have defended to give Buttler another catch.

Anderson, already the most successful fast bowler in Test history, now has 629 wickets at this level.

Rohit who made a fine 83 at Lord's, fell when he mishooked a looping bouncer from Overton to Ollie Robinson at mid-on

Next ball India were 67-7 when Mohammed Shami, who made a Test-best 56 at Lord's, was out for a duck when he edged to Burns in the slips.

Ishant Sharma conceded nine runs in his first over, more than Anderson gave up in his spell.

Hameed had managed just nine runs in total at Lord's -- his first Test in five years following injuries and a career-threatening loss of form that saw him move from his native Lancashire to Nottinghamshire. 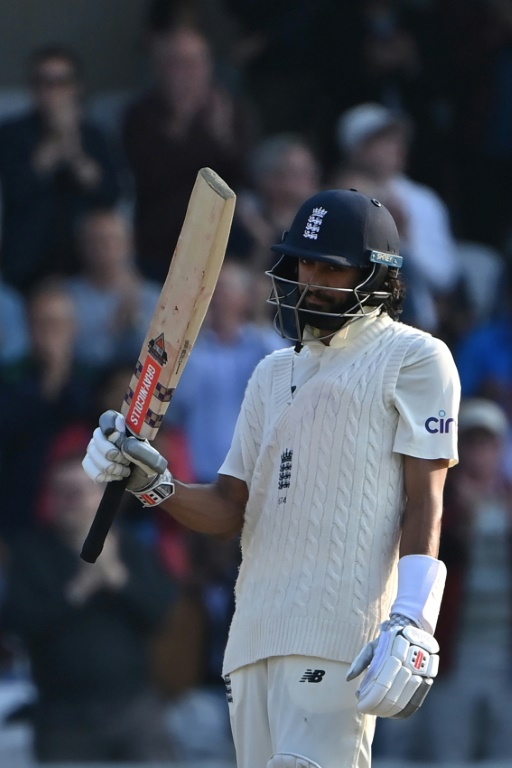 But, cutting strongly, he completed a 110-ball fifty -- his third in Tests, with a 10th four although the edge off Bumrah was dropped by a diving Rohit at second slip.

Burns, who had pulled Mohammed Siraj for six, followed up with a 123-ball fifty to the delight of a raucous and sun-drenched crowd.

-- The worst Test innings score so far in the 21st Century saw India shot out for just 36 in their second innings.

India suffered an eight-wicket defeat having led by 53 runs on first innings. The tourists, however, recovered in dramatic style to win the series 2-1.

-- An India side including opening batting great Sunil Gavaskar collapsed to just 42 in 17 overs as England surged to an innings and 285-run win.

-- After Australia piled up 382-8 declared, India slumped to 58 all out, with captain Lala Amarnath top-scoring with 22. India made 98 second time around in an innings and 226-run reverse.

-- England fast-bowling great Fred Trueman took 8-31 as India were dismissed inside 22 overs after the hosts had made 347-9 declared. India's second-innings of 82 still England won by an innings and 207 runs.

-- India, following-on despite a first-innings hundred from Vinoo Mankad, were dismissed in 24.2 overs as Australia won by an innings and 177 runs.

-- India captain Dilip Vengsarkar was left pondering his decision to bat first in his first Test as skipper, with India dismissed for their lowest total on home soil. Fearsome fast bowler Patrick Patterson took 5-24 and India, despite a vastly-improved second innings 327, still suffered a five-wicket defeat.

-- Proteas quick Dale Steyn took 5-23 as India only managed 76 in 20 overs. Irfan Pathan top-scored with 21 not out, with the second highest scorer being extras (19). South Africa replied with 494-7 declared en route to an innings and 90-run win.

-- India captain Virat Kohli won the toss only to see England great James Anderson rip through the top order with 3-6 in eight overs. Sam Curran and Craig Overton took two wickets in two balls apiece as India were bowled out inside 41 overs, with Rohit Sharma (19) and Akinjya Rahane (18) the only batsmen to make it into double figures.