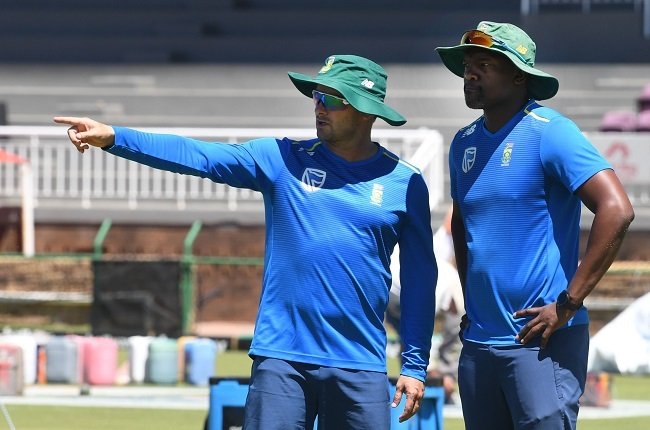 Cricket South Africa (CSA) announced Nkwe's resignation late on Tuesday despite, it claimed, having made "every effort to retain his services."

According to the statement, Nkwe "raised concerns about the functioning and culture of the team environment."

Nkwe's resignation came against a backdrop of widespread criticism of Boucher following revelations made at ongoing hearings into racism in South African cricket.

Local media reported the rift with Boucher was an issue of personality rather than race, with Nkwe believing he had been sidelined in his role as an assistant.

Boucher and Nkwe were made coach and assistant coach respectively, with contracts through to the end of the 2023 Cricket World Cup.

Although Boucher played in 147 Test matches, his appointment was criticised because of his lack of formal coaching qualifications.

The criticism intensified when black former players alleged they were not made to feel welcome in the national team environment during the period in which Boucher was a prominent member of the team.

Former spin bowler Paul Adams said he was racially abused during fines meetings presided over by Boucher which put the spotlight directly on the current coach.

Boucher on Monday made public an affidavit he submitted to the Social Justice and Nation Building hearings in which he apologised for any offensive behaviour.

The former wicketkeeper attempted to put into context the allegations against him but his affidavit unleashed a storm of condemnation on social media, with calls for him to resign or to be fired.

The short tour of Sri Lanka consists of three one-day internationals, starting in Colombo on September 2, and three Twenty20 internationals.

Proteas white-ball captain Temba Bavuma said at a pre-departure press conference on Monday that Boucher had addressed the players on the allegations against him and provided "clarity and context."

Although there have been no official suggestions that Boucher’s job is under threat, the statement on Nkwe's resignation said the CSA Board would take “the necessary steps to investigate and address the issues raised by Enoch."