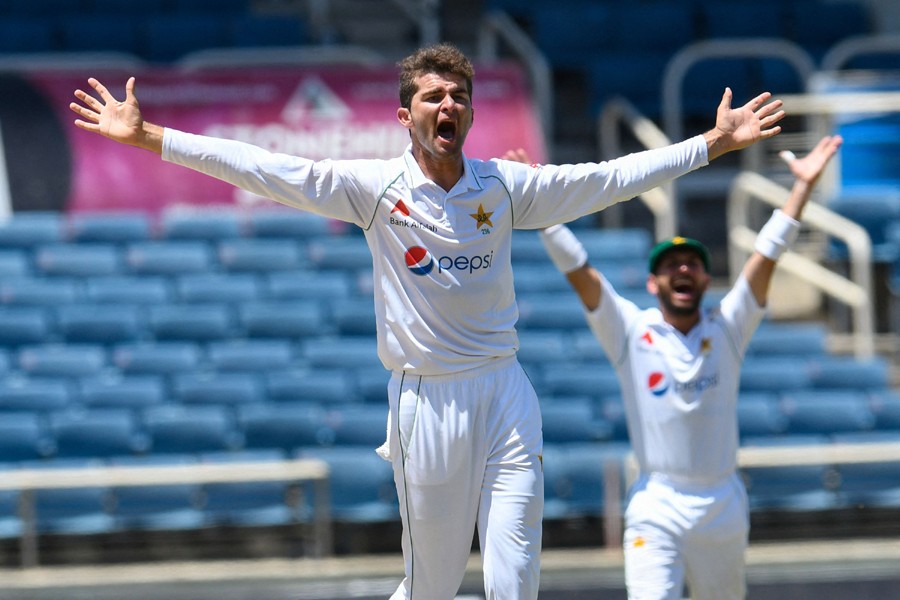 Shaheen Afridi has climbed into the top ten of the ICC MRF Tyres Test Bowling rankings for the first time after a brilliant Test series against the West Indies.

Afridi is the highest-ranked Pakistan bowler in the current rankings, coming in eighth with 783 points after climbing ten ranks to make his debut.

In Jamaica, Afridi was unstoppable, taking 18 wickets in two games, seven more than the next best bowler, Jayden Seales.

Afridi took eight wickets in the first Test and then claimed career-best match statistics of 10/94 in the second, leading Pakistan to a 109-run triumph at Sabina Park.

Afridi has had a fantastic start to his Test career, taking 76 wickets at an average of 25.25 in 19 matches. Afridi is proving to be a significant figure for Pakistan across all formats, with comparable excellent starts in ODI and T20I cricket.

On top of captaining his side to a victory in the second Test, Babar was consistent with the bat across the series, reaching 30 in all four innings and passing fifty twice in tricky Sabina Park conditions. He finished with 193 runs, more than anyone else in the series, at an average of 48.25.