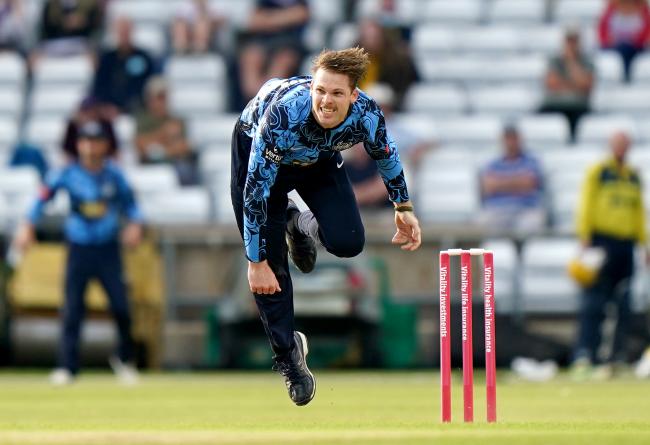 The New Zealand fast bowler Lockie Ferguson tested positive for COVID-19 hours before the semi-final clash against Surrey which took place at the Riverside Ground, Chester-le-Street on Tuesday (August 24).

It was announced by the official account of T20 Blast on Twitter, “Unfortunately, Lockie Ferguson won’t be playing in tonight’s quarter-final having tested positive for COVID-19. Get well soon, Lockie,”

The speedster is currently Yorkshire’s highest wicket-taker of the season having scalped 14 wickets in 10 games, he maintained a brilliant economy rate of 7.27 this season.

Meanwhile, another Kiwi cricketer Finn Allen has also tested positive for COVID-19 after 48 hours his arrival in Bangladesh. Currently, he has been quarantined in the hotel as he showed mild symptoms.

“He has been quarantined at the team’s hotel and immediate advice is that he is experiencing moderate symptoms," New Zealand Cricket said in a statement.

New Zealand are scheduled to play five T20s against Bangladesh, beginning from September 1.