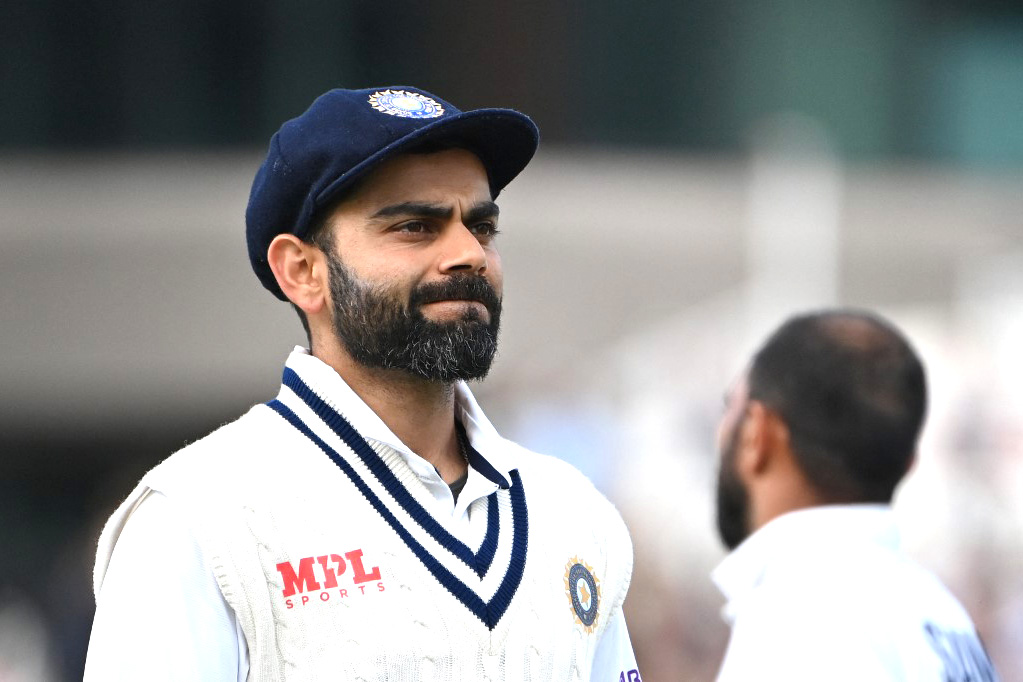 India captain Virat Kohli has promised his side won't back down in the remainder of their series against England after saying verbal abuse from the hosts inspired a memorable win at Lord's last week.

India are 1-0 up in the five-match contest heading into Wednesday's third Test at Headingley following a 151-run victory at the 'home of cricket'.

What had been a hard-fought encounter saw India pull away on the last day after tailenders Mohammed Shami and Jasprit Bumrah shared an unbroken stand of 89 for the ninth wicket.

The match witnessed several verbal confrontations, with the spark for all the 'sledging' appearing to be lit when Bumrah peppered England tailender James Anderson with bouncers during a 10-ball over on the third evening that saw the India paceman repeatedly over-step.

That prompted some sharp exchanges between Anderson and Kohli, with more flare-ups coming on a last day where England, in what looked like an attempt to exact revenge, suffered a self-inflicted wound by too often bowling short at Shami and Bumrah.

"(Lord's) just showed this team is not going to back down and take a backward step when provoked," Kohli said Tuesday. "What is said on the field and what's done in the moment gives you extra motivation.

"We play together, we play to win and we don't let anyone or any opposition just take us lightly."

The star batsman refused to comment on the specifics of England's conduct, adding: "I cannot give you the details of the words that were spoken.

"It happens in the moment when you're playing competitive sport but it's what you do after that situation, or how you get up from that situation, that matters," Kohli said.

The India skipper hinted he would stick with a winning team unless the pitch looked like it would favour Ravichandran Ashwin's off-spin.

England, however will be without Mark Wood due to a shoulder injury, with the fast bowler joining a lengthy list of absentee quicks that includes Stuart Broad, Jofra Archer, Chris Woakes and Olly Stone.

'We can beat anyone'

But Kohli was affronted when it was suggested to him that the hosts' problems presented India with an ideal opportunity to win their first Test series in England since 2007.

"Even when key players are playing we think we can beat anyone in the world –- we don't wait for the opposition to be weak," he said.

England's repeated failures at the top of the order have led to a recall for Dawid Malan, who is set to bat at number three with Haseeb Hameed moved up to open alongside Rory Burns after Dom Sibley was dropped.

Joe Root, back on his Yorkshire home ground, has been carrying England's batting this series with 386 runs, including two centuries and a superb 180 not out in the second Test, at an average of 128.66.

Nevertheless, the England captain remained upbeat even though his team are now without a win in seven Tests.

"I'm playing for England and I'm playing Test cricket," said Root. "It's quite easy to stay positive in that respect, I'm living my boyhood dream."

India have not played a Test at Headingley since a commanding innings win in 2002 built on hundreds by Rahul Dravid, Sachin Tendulkar and Sourav Ganguly.

But an unconcerned Kohli said: "It's just a Test match to be played against England, be it any stadium, anywhere in India or in England."