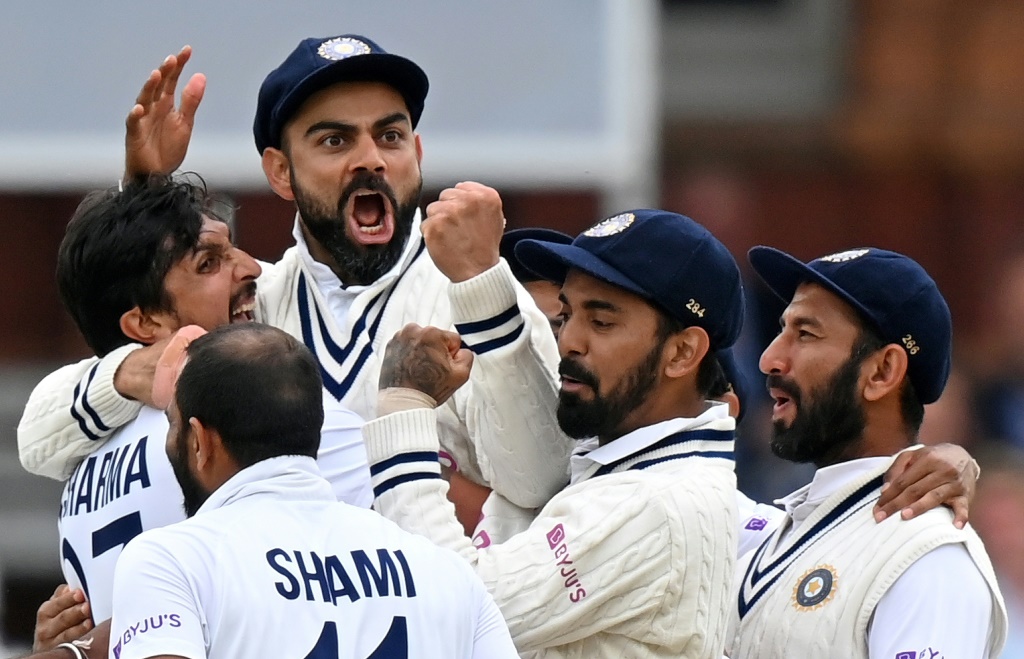 India captain Virat Kohli has dismissed talk that England's injury crisis has bolstered his side's hopes of victory in the third Test as they "don't wait for the opposition to be weak".

Kohli's men head into Wednesday's clash at Headingley 1-0 up in a five-match series after a superb 151 run-win in the second Test at Lord's.

England, already without injured quicks Stuart Broad, Jofra Archer, Olly Stone and star all-rounder Ben Stokes, were dealt a fresh blow this week when express fast bowler Mark Wood was ruled out of the third Test with a shoulder injury suffered while fielding at Lord's.

But Kohli, looking to lead India to just their fourth series win in England, bristled at suggestions his side -- who were injury hit themselves when winning in Australia earlier this year -- told a pre-match press conference on Tuesday: "Even when the key players are playing we think we can beat anyone in the world -- we don't wait for the opposition to be weak.

"I don't think that is the right question to ask a team that's been playing such good cricket over the last so many years, that we depend on the teams in front of us being weak to have an opportunity to win a series. That's not how we play and how we approach every series."

'Not going to back down'

England, in a match where there were plenty of verbal sparks, were well-placed heading into the final day at Lord's only for India's Mohammed Shami and Jasprit Bumrah to add an unbroken 89 for the ninth wicket, with the hosts too often bowling short in what appeared to be an attempt to exact revenge for the treatment tailender James Anderson received when he was batting.

"It just showed this team is not going to back down and take a backward step when provoked," said star batsman Kohli of his World Test Championship finalists.

"We play together, we play to win and we don't let anyone or any opposition just take us lightly."

Kohli -- speaking 50 years to the day since India's four-wicket win at the Oval in 1971 sealed their first series victory in England -- refused to be be drawn on what had lit the touchpaper at Lord's.

"What is said on the field and what's done in the moment, gives you extra motivation," he said.

"The details...I don't think is necessary to be discussed after because it happens in the moment and when you're playing competitive sport these kinds of things happen, but it's what you do after that situation, or how you get up from that situation is what matters."

Kohli, asked if England captain Joe Root had got his tactics wrong at Lord's, answered: "I cannot tap into what was going on in his head at the time but I can tell you as from personal experience as captain you always try to make the best decision for your team at that given point...If it's not right, you take it on the chin and move ahead as he did."

And Kohli, who hinted off-spinner Ravichandran Ashwin might again remain on the sidelines as "you don't want to disturb" a winning side, was adamant India's eyes were firmly fixed on the task ahead.

"For us this is a new Test match. This is a fresh beginning. It's another chance to show what we can do as a team and take pride in playing competitive cricket...So we as a team are just focused on that."