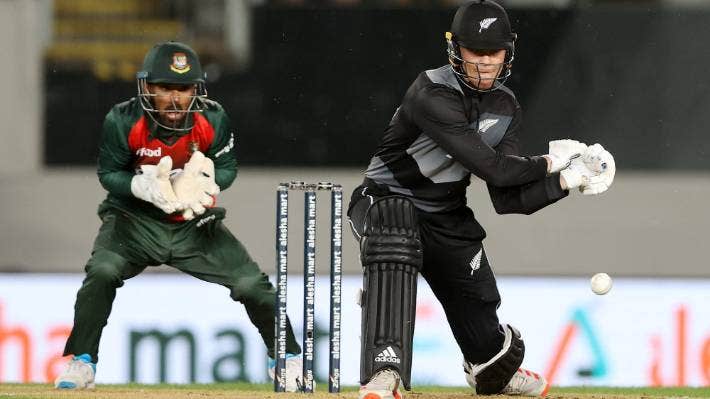 New Zealand batsman Finn Allen has tested positive for COVID-19 after 48 hours on arrival in Bangladesh, confirmed by New Zealand cricket board on Tuesday [August 24].

Allen is being treated by the Bangladesh Cricket Board's chief medical officer Debashish Chowdhury; he has been in contact with NZC's head medical officer, and will be followed by doctor Pat McHugh during his quarantine.

Kiwi manager Mike Sandle said the Wellington right-handed batsman was receiving the best of care from the Bangladesh authorities.

“It’s really unfortunate for Finn. He’s comfortable at the moment and hopefully, he’ll recover quickly; test negative and be cleared and approved for discharge as soon as possible,” said Mr Sandle.

“The Bangladesh cricket authorities have been extremely professional in their response and we’re grateful to them for that. They’re treating the matter very seriously,” he added.

Allen and Colin de Grandhomme have arrived in Dhaka on August 20 from England. He is currently in quarantine as being tested positive for covid-19. If he tested negative in the next test he will be able to join the squad.