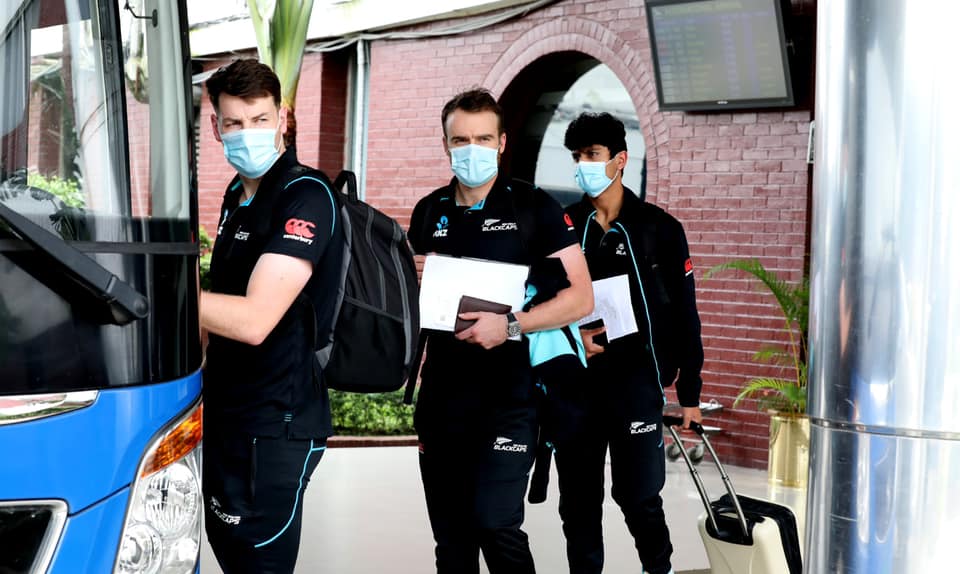 The New Zealand cricket team arrived in Dhaka at 12:05 a.m on Tuesday [August 24] for a five-match T20 series against host Bangladesh, which begins on September 1.

The Kiwis will directly head to the team hotel where they will be in a three-day mandatory room quarantine.

Following the quarantine and a couple of Covid-19 tests, the visitors will be allowed to begin their first training at Mirpur Sher-e-Bangla National Cricket Stadium.

Earlier, two members of the Blackcaps, Finn Allen and Colin de Grandhomme have already arrived in Dhaka on August 20.