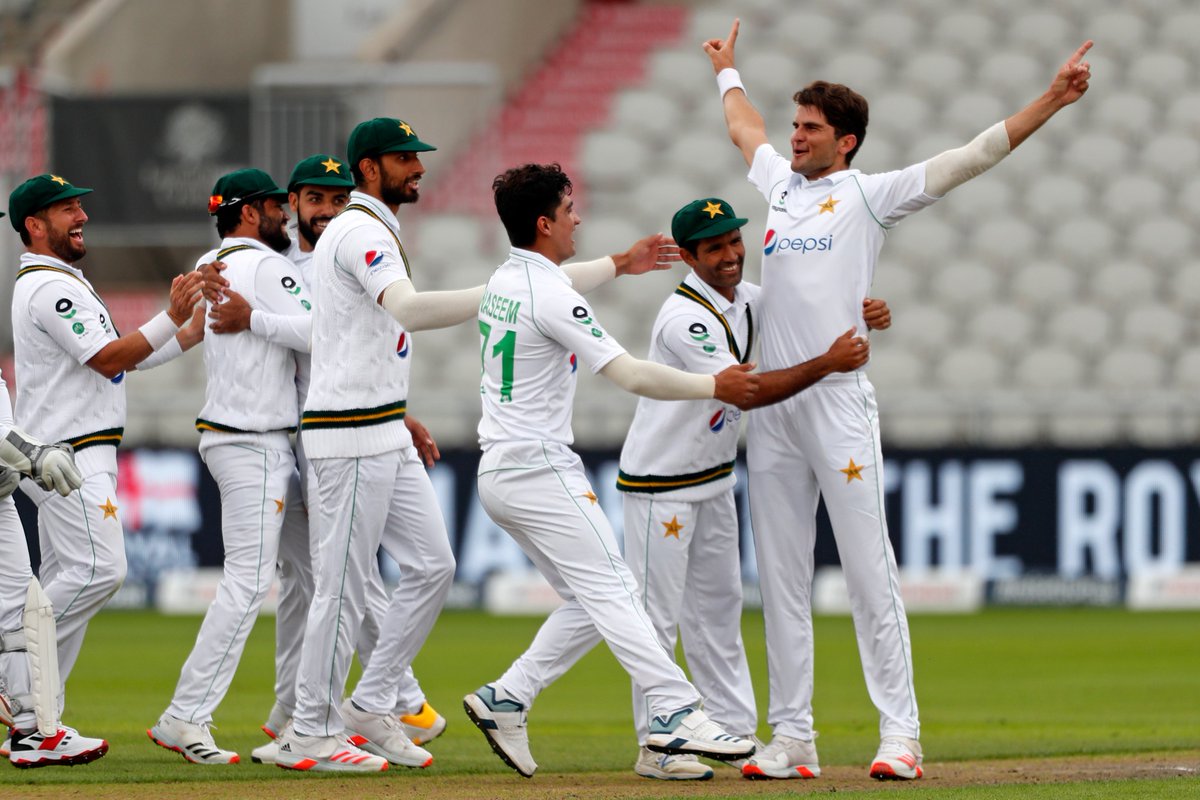 Pakistan threw down the gauntlet to the West Indies on the penultimate day of their two-match Test series on Monday, setting the hosts 329 to win as the visitors chase a series-levelling victory at Sabina Park.

West Indies will start Tuesday's final day at 49 for one, 280 runs away from the target as Pakistan bid to square the series after losing a thriller by one wicket in the first Test at the same venue.

A fourth day's play almost completely dominated by the visitors saw Shaheen Shah Afridi claim Test-best innings figures of six for 51 as the West Indies were routed for 150 in the first innings just after the lunch interval.

Building on a healthy advantage of 152, the Pakistanis threw caution to the wind in racing to 176 for six at better than a run-a-ball through the afternoon, declaring for the second time in the match when captain Babar Azam was dismissed to give their bowlers more than 90 minutes to attack the home side's top order.

However the West Indies opening pair of skipper Kraigg Brathwaite and Kieran Powell were negotiating that potentially tricky period comfortably until Powell was a run out victim of his own carelessness in completing a third run.

It left Brathwaite and Alzarri Joseph, nightwatchman for the second day in a row, to reach the close.

Resuming at the overnight position of 39 for three in reply to the tourists' first innings effort of 302 for nine declared, the home side lost their last six wickets for 45 runs to be dismissed shortly after lunch as 21-year-old Shaheen reinforced his domination of the Caribbean batsmen to take his wicket tally in the series to 14.

"For me it was about keeping a good line throughout because with the support of the other bowlers we always felt we had a chance," said Shaheen.

As impressively as Shaheen bowled, it was Mohammad Abbas who triggered the pivotal collapse with a three-wicket burst in the last half-hour of the morning session as the West Indies crashed from 105 for four to 116 for eight.

Abbas, who had gone wicketless before that spell, made amends with the wickets of topscorer Nkrumah Bonner (37) and Kyle Mayers off successive balls before adding Joshua da Silva in the penultimate over before lunch.

Shaheen, who disposed of nightwatchman Joseph swiftly at the start of the day, joined in the midday clatter of wickets by having Jermaine Blackwood taken for 33 by a diving Fawad Alam at gully.

Bonner and Blackwood put on 60 for the fifth wicket in the only period of play when the Pakistan bowlers appeared to be growing in frustration.

Their effort could not be sustained though, and having taken the first two wickets of the innings late on the third day, Shaheen terminated the bold hitting of Jason Holder and had Kemar Roach taken at mid-on to complete an effective mopping up job in the early afternoon.

Both fell before tea but Pakistan continued to press the accelerator, even promoting Hasan Ali to provide some hefty blows although their efforts were frustrated by negative West Indies tactics which earned Brathwaite a sharp lecture from umpire Joel Wilson.