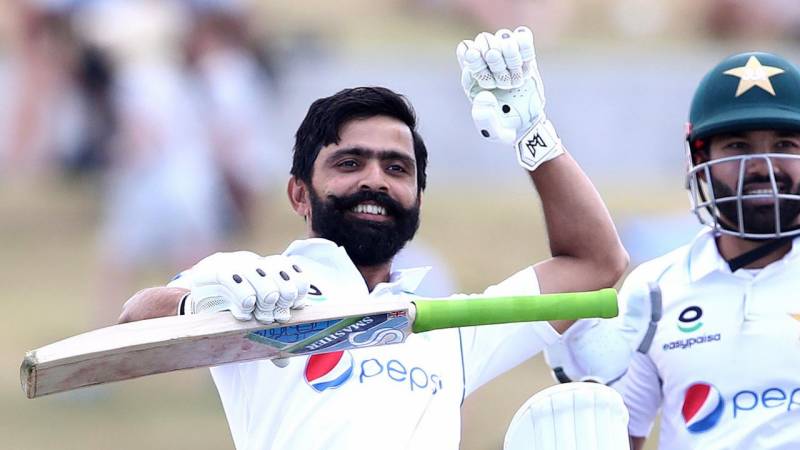 The left-handed batsman scored his fifth Test ton only in his 22nd innings. Former Pakistan skipper Younis Khan was the fastest from the country before Fawad broke his record.

Earlier, ex-caprtain Younis had scored his first five Test tons in 28 innings. He is followed by Saleem Malik, who achieved the feat in 29 innings.

Meanwhile, Pakistan converted their overnight 212-4 into 302-9, before declaring against Windies. Fawad struck an unbeaten 124, resuming his innings on 76 after retiring from heat exhaustion.