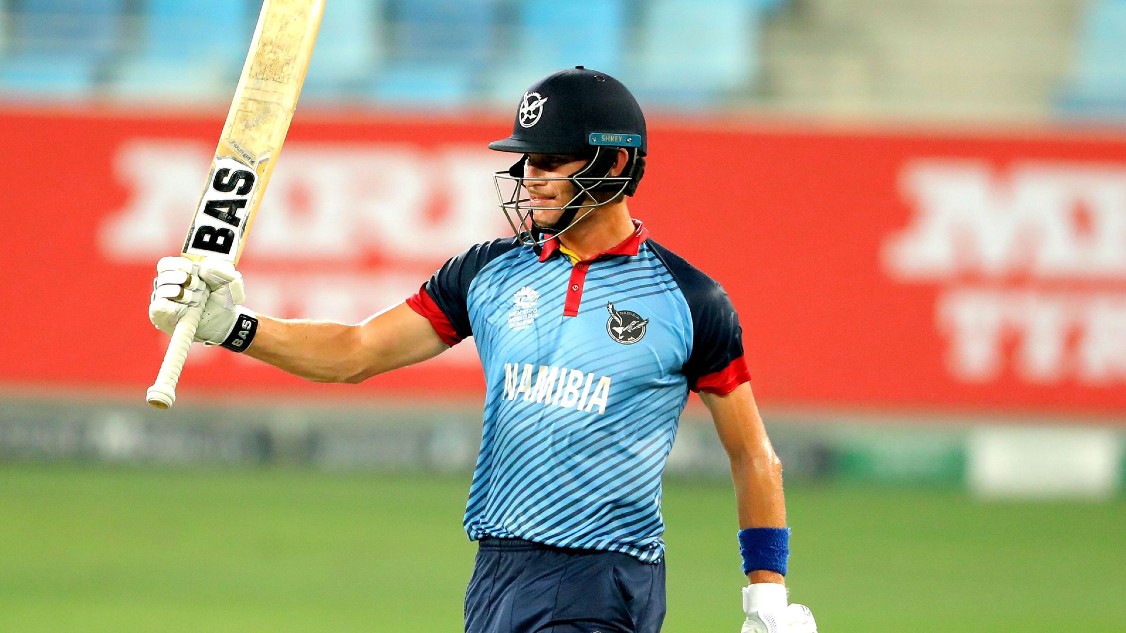 Namibia is set to start their T20 World Cup campaign on 18 October when they face Sri Lanka in Abu Dhabi in their opening match of the First Round. Namibia captain Gerhard Erasmus admits how important the ICC Men's T20 World Cup 2021 is for him and the side.

Namibia last participated in a global event was in 2003 when they played in the Men’s Cricket World Cup in South Africa. This would be their first appearance at an ICC global event since then.

“Obviously the T20 World Cup is a massive event for Cricket Namibia. It is the first major event we have qualified for in 18 years so it will be of big value to us. ,” Erasmus said.

“The players are looking forward to it a massive event in their lives. it could be something that propels their careers forward.”

Namibia has been placed in Group 1 alongside Sri Lanka, Ireland and the Netherlands, their campaign with what appears to be their most tough encounter of the first round. They are looking forward to the challenge.

“The match we will probably be looking forward to the most is the first one. Obviously, it’s the first game of a T20 World Cup but it’s also against a Test nation in Sri Lanka and they are previous winners of the T20 World Cup so it should be a good one,” he said.

Namibia secured their spot in the tournament by reaching the semi-finals of the Men’s T20 World Cup Qualifier 2019 in the United Arab Emirates.

Erasmus was the Player of the Series at the qualifying tournament, but it is Namibia’s collective strength that he says will fuel their success at the big dance.