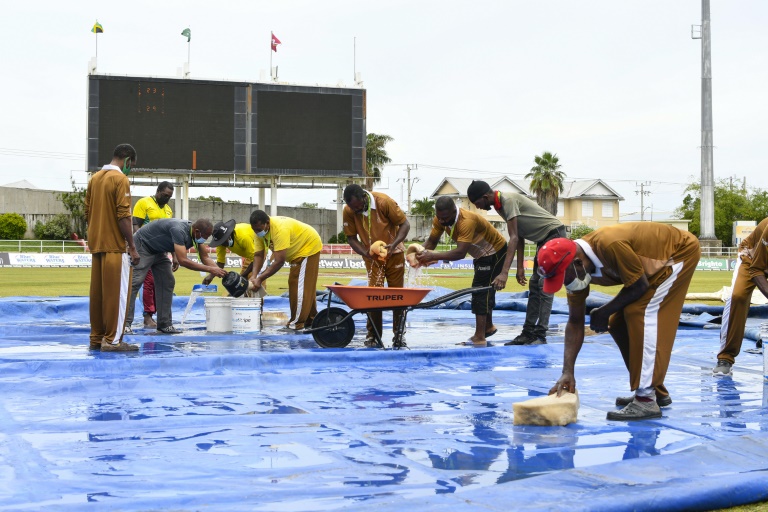 Heavy rain and a sodden outfield resulted in the abandonment of the second day's play of the second Test between the West Indies and Pakistan at Sabina Park on Saturday without a ball being bowled.

Pakistan will resume their first innings on the third day, weather permitting, at 212 for four after they were put in to bat.

Having lost the first Test at the same venue a week earlier by one wicket, the visitors will see the loss of the day as a setback to their quest for a series-levelling victory.

West Indies are seeking their first Test series victory over Pakistan for 21 years.