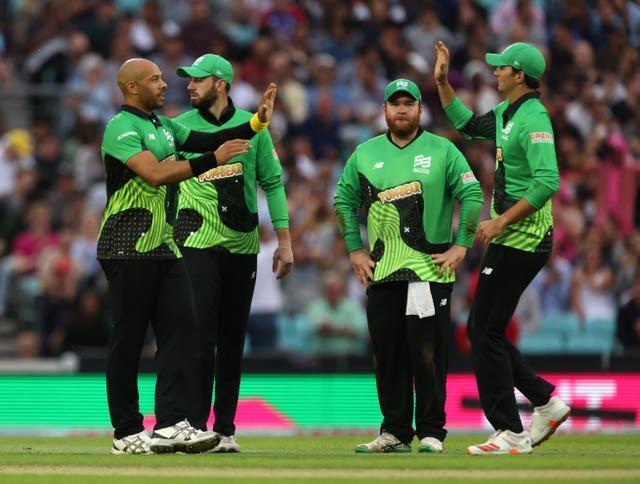 George Garton and Tymal Mills gave the England selectors a reminder ahead of the T20 World Cup by taking three wickets apiece as the Southern Brave eased into the inaugural men's final of the Hundred at Lord's on Saturday with a comfortable eliminator win over Trent Rockets.

With Jofra Archer already out of the T20 World Cup due to an elbow injury that will sideline him for the rest of this year, England are on the lookout for white-ball quicks to take his place.

Garton, a 24-year-old left-armer, showed what he was capable of on Friday by taking the key wickets of Dawid Malan, Alex Hales and D'Arcy Short as the Rockets lurched to 31-4 in the 25-ball powerplay at the Oval.

His figures of 3-18 were backed up by a return of 3-8 from Mills, previously mentioned as a T20 World Cup bolter by England captain Eoin Morgan, as the Rockets were bowled out for 96.

It was a total the Brave had few problems in surpassing, with James Vince making 45 not out in a seven-wicket win as the England batsman continued his run of good form.

Victory meant the Brave will contest both finals of the Hundred, English cricket's new 100 balls per side competition, with their women up against the Oval Invincibles at Lord's on Saturday before the men face the Birmingham Phoenix later in the day at the 'home of cricket'.