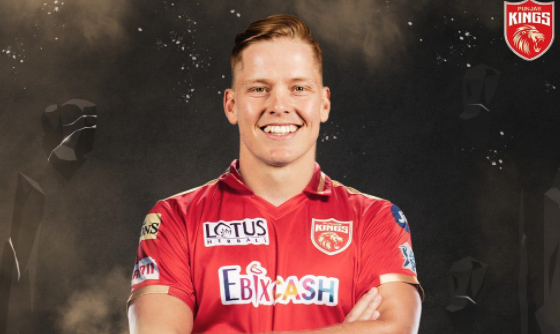 Nathan Ellis, the young Australian fast bowler, has signed a contract with the Punjab Kings for the second half of the IPL 2021 season. On Friday, the Kings announced the signing.

Ellis was being pursued by three franchises, with a number of Australian players, notably the Kings' Jhye Richardson and Riley Meredith, as well as the Kolkata Knight Riders' Pat Cummins, unlikely to return to the competition for a variety of reasons.

Ellis is expected to offer the Kings with a crucial cushion in the fast-bowling department in the absence of Richardson and Meredith.

Ellis, 26, has had an incredible year, rising from the outskirts of Australian domestic cricket to a hat-trick on international debut against Bangladesh and being named one of Australia's three reserve players for the T20 World Cup.

Meanwhile, Josh Hazlewood is scheduled to rejoin the Chennai Super Kings after missing the first half of the IPL.

The quick is expected to utilize the event as a warm-up for the T20 World Cup, according to Hazlewood and Cricket Australia.