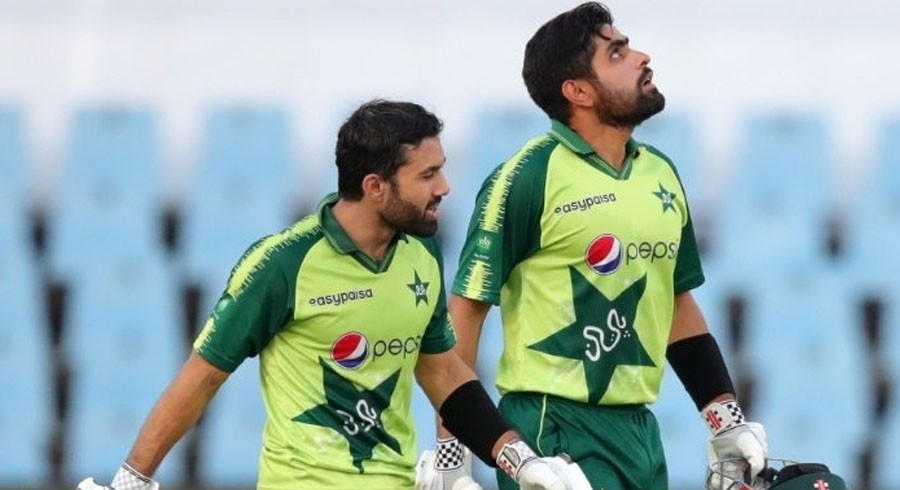 For the next three-match ODI series against Afghanistan, Pakistan's all-round skipper Babar Azam, wicketkeeper-batsman Mohammad Rizwan, and pacers Shaheen Afridi and Hasan Ali will be rested.

According to ESPNcricinfo, the decision was made to minimize the workload of players in preparation for the T20 World Cup this year.

Since the Covid-19 outbreak, Pakistan has played more games than any other team bar England, resulting in much longer durations of travel as part of a bio-secure bubble.

Since the beginning of March, Rizwan (44) and Babar Azam (40) have played more international games than any other player in the world.

Shaheen Afridi played 37 while Hasan, since his come back early this year, went on to play 20 games across all formats. All four have also played two editions of the PSL, adding further time spent in bio-bubbles.

“We have been playing regularly over the past eight to 10 months and that too in a bio-bubble which is tough. As you all know that our main target is the World Cup, which is why the main players want to rest mentally and come back fresh for the World Cup and other major series before that,” said Rizwan in a press conference Thursday.

“As it [matches against Afghanistan] is an ODI series, we can also test our bench strength and give opportunities to other players,” he added.

In the absence of Babar and Rizwan, Shadab Khan is likely to lead the side, to be confirmed when Pakistan announce their squad on Friday.