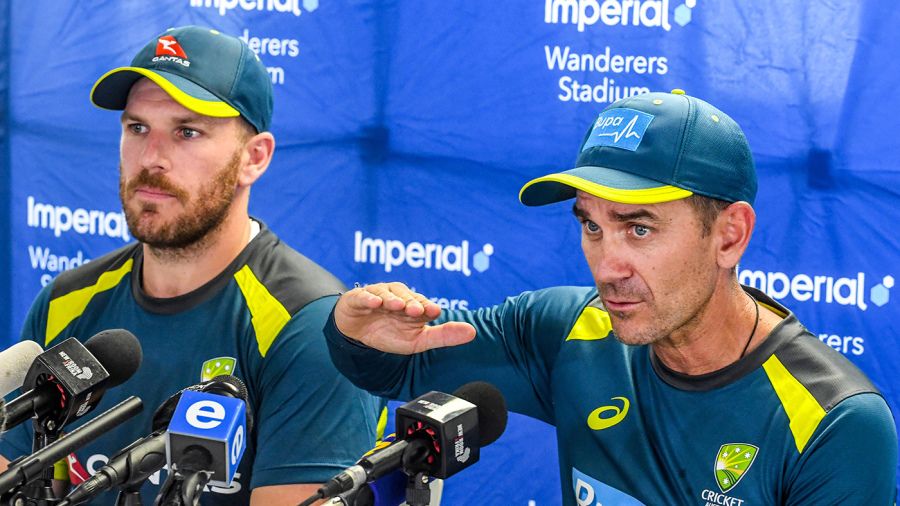 Australia’s white-ball skipper Aaron Finch said rumors and talk about rifts within the national set-up are “not ideal” and “disappointing” as pressure mounts on coach Justin Langer.

Langer has been under heavy pressure in recent days following Australia's 4-1 T20I series defeat to Bangladesh, which came on the heels of a 4-1 loss to the West Indies. Finch was missing from the Bangladesh tour because he had returned home for knee surgery.

During the Bangladesh series, Australia team manager Gavin Dovey got into an argument with Cricket Australia's digital journalist, who was inside the Australian team's bio-bubble as a member of the visiting party. After that Langer also spoke briefly but firmly to the journalist in the immediate aftermath before the pair cleared the air the following day.

Finch was asked about the tension around Langer's position and cited the team's recent poor form as partly to blame.

"There's always tension when results don't go your way in all sports. Wins and losses are what count. I think anytime that doesn't happen, that all gets amplified. It's just one of those things. It's disappointing that things are coming to the front the way that they are, that's never ideal. It's just one of those things that keeps popping up, which is disappointing," Finch said on SEN radio.

Langer, who has been Australia coach since May 2018 in the wake of the sandpaper scandal in South Africa, has led the side to Ashes glory in England in 2019 and the 2019 World Cup semi-finals.

However, Australia failed to make the ICC World Test Championship final and were beaten on home soil by India in a Test series last summer.