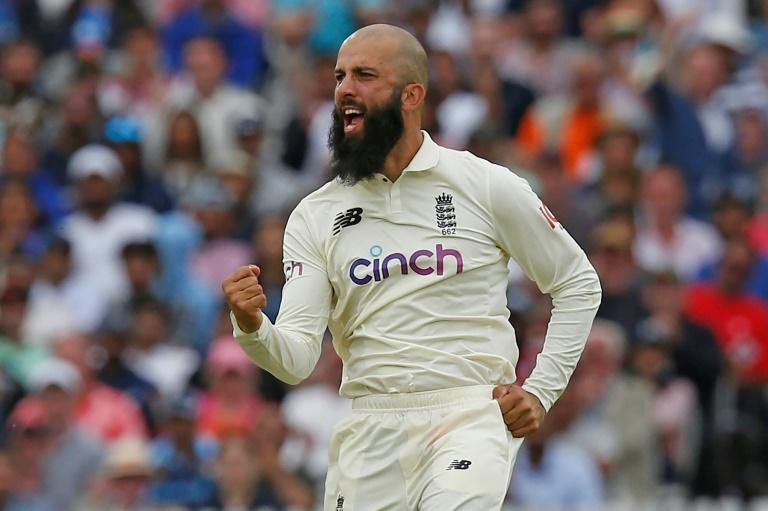 Moeen Ali forecast the new ball would prove decisive in settling the second Test between England and India after Sunday's see-saw fourth day at Lord's left the match intriguingly poised.

India were 181-6 in their second innings, a lead of 154 runs, when bad light forced an early close to play.

England captain Joe Root wanted to take the new ball despite the gathering gloom with India counterpart Virat Kohli, gesturing towards the floodlights from the visitors' pavilion balcony, unhappy at the match proceeding in these circumstances.

With Root reluctant to risk conceding runs by bowling spin at both ends just to keep the game going, the umpires called a halt.

Rishabh Pant was 14 not out and Ishant Sharma unbeaten on four.

A second successive draw in this five-match series remains the most likely result but Moeen told reporters: "I think the new ball is crucial for both teams.

"They've got Pant, who is dangerous, and we know what he can do but we also know what Jimmy Anderson can do with the new ball. We need four wickets and they need to get some runs.

"I think they're in a half-decent position and I think we're in a good position. We're going into a great day," added Moeen.

"We were pretty pleased to come off as well, a 15 or 20 run over from Pant could have been dangerous. It's more of a tactical thing and I think both teams had the same tactics."

England will hope Mark Wood is fully fit after he suffered a shoulder injury Sunday after hurtling into an advertising board during the act of saving a boundary.

The fast bowler had removed in-form openers KL Rahul and Rohit Sharma early in the day's play before ending Cheteshwar Pujara's four-and-a-half hour stay for 45 with a fearsome delivery that lept off a length.

"I think he's OK, not too bad," said Moeen of Wood. "He fully deserved his wickets and Pujara was a massive one.

"The way he ran in and banged the pitch with a soft ball on a dead wicket...I thought he was fantastic."

Off-spinner Moeen, like Wood recalled following last week's drawn opener in Nottingham, played his part as well in having Ajinkya Rahane caught behind for 61 and then turned one past Ravindra Jadeja's outside edge to bowl the left-hander.

"I feel happy with everything and I'm not taking it too seriously anymore," said Moeen, playing his first home Test in two years. "I know there'll be bad days, probably bad days in this series, but I know there'll be good days."