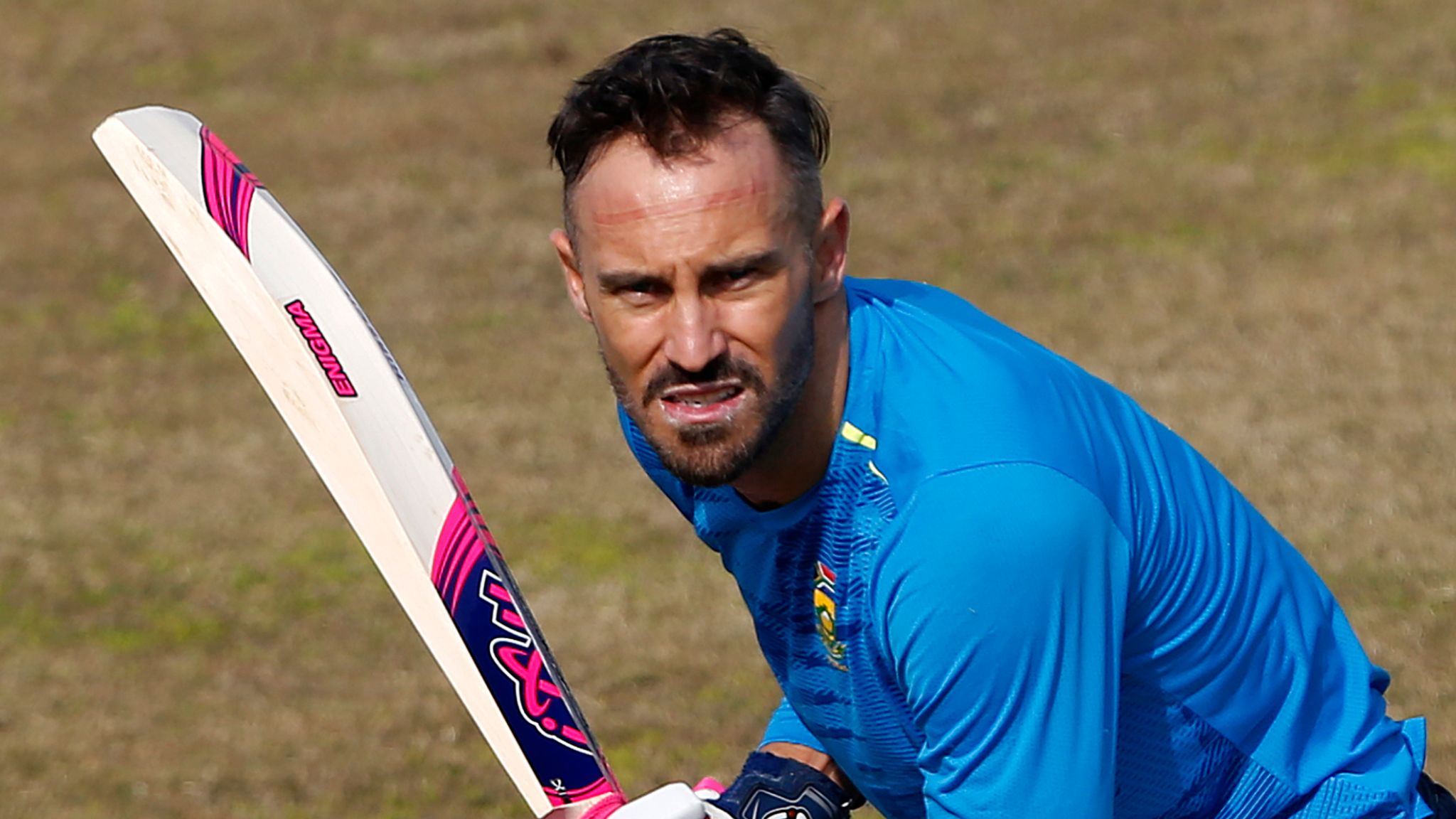 South Africa's Faf du Plessis will not play any part in this season's inaugural edition of English cricket's new Hundred competition because of the lingering effects of concussion suffered during the Pakistan Super League, the former Proteas captain announced Friday.

It had been thought Du Plessis might come back after missing the first three games in the 100 balls per side tournament, having been appointed skipper of the Northern Superchargers after replacing Australia's Aaron Finch.

But the 37-year-old has not featured at all and du Plessis, in an Instagram post on Friday, said he was returning to South Africa but that he still planned to travel to this year's Caribbean Premier League T20 tournamet, which starts on August 26.

Du Plessis, who was not selected in South Africa's T20I side to tour Sri Lanka, also said he hoped to return for next year's edition of the Hundred.

"I'm really so grateful for all the support through this difficult injury and feel like I'm very close to playing again," du Plessis said.

The Superchargers added in a statement: "Faf du Plessis will return to South Africa to continue his rehab from the concussion he suffered at the PSL earlier this year. Dane Vilas will continue as his replacement at Northern Superchargers for the remainder of the competition."

Du Plessis suffered a concussion during a PSL T20 match in Abu Dhabi in June, after colliding with Quetta Gladiators team-mate Mohammad Hasnain while trying to save a boundary and took no further part in that event.