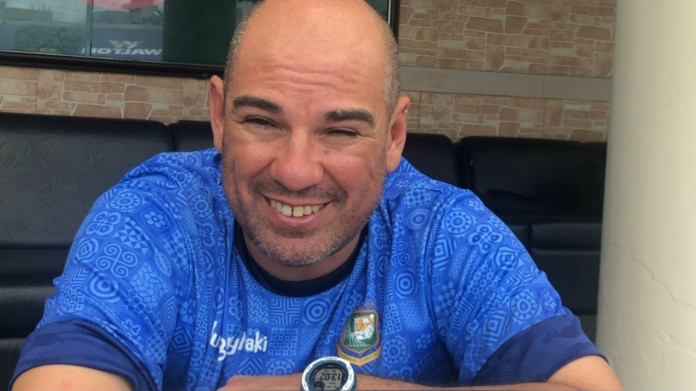 Bangladesh head coach Russell Domingo said on Wednesday that he expects batting-friendly wickets for the batsmen in the upcoming five-match T20 series against New Zealand.

The batsmen have struggled to score runs in the recently concluded series against Australia. Only two batsmen managed to score half-centuries in the entire series. Bangladesh's coach stated that, while he does not expect a seam-movement wicket, he desire a batting-friendly surface for the batsmen.

“Run depends on wickets you are playing. It is not difficult to chase 200 runs in Zimbabwe. I’m expecting good wickets in the New Zealand series. I don't know if there are wickets with seam movement here. I want batting-friendly wickets for the batsmen,” said Domingo.

Doming believes that it is a bit difficult to keep the wicket well in the current situation. It becomes difficult for the batsmen to score runs as the wicket works a bit slow due to humidity.

‘I’m not a ground staff. I can't prepare the pitch, it's not my job. I can expect good wickets. It is difficult to keep the wicket well in this weather. There is not enough sun. Wickets will be slow at this time of year due to humidity. I also want good wickets. But it is difficult, " he said.

Doming praised the opening batsman Naim Sheikh for his recent performance, he also backed Soumya Sarkar as the batter failed to impress with the bat in the series against Australia.

“Naim is doing well. Did you know that Naim is at the top of the T20 rankings among Bangladeshis? How many openers have managed to make run in this series? Australia's bowling attack is very excellent. Hazlewood, Starc is the best bowler in the world. The pitch was also tough for the batsmen. They have tried their best,”

“After two games, people began to criticize Soumya. Even though he was Man of the Series before to two matches. Players must be encouraged. You cannot be dropped from the squad if you do not get runs in one or two matches,” he added.

Tags: Russell Domingo
Up Next