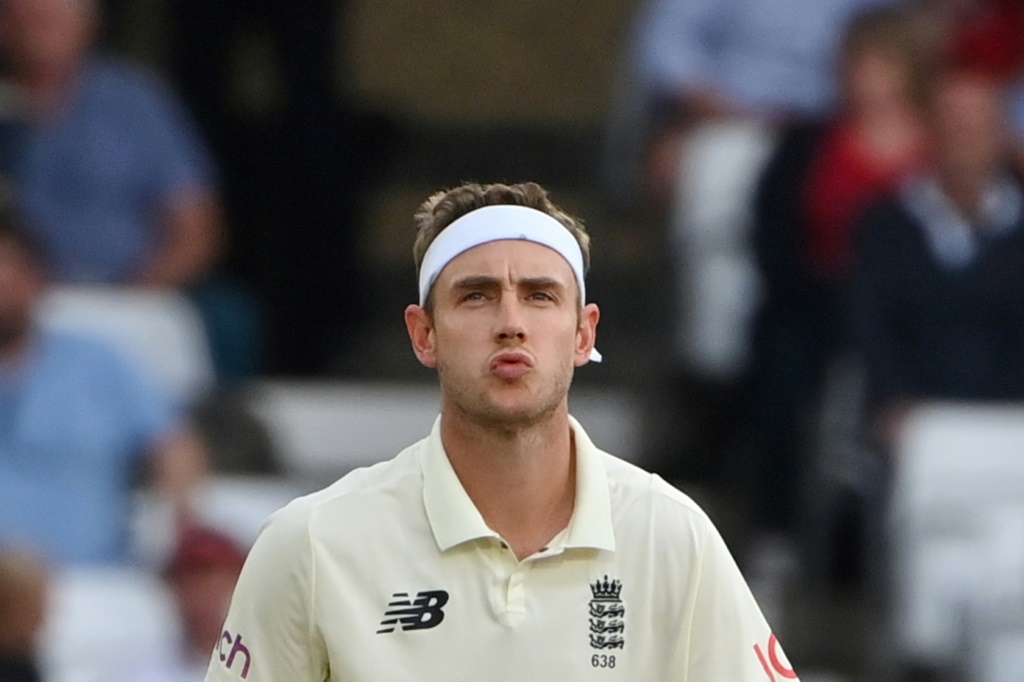 England fast bowler Stuart Broad will miss the remainder of the five-Test series against India with a torn right calf, the England and Wales Cricket Board announced on Wednesday.

Broad, who played in last week's drawn first Test at Trent Bridge, underwent a scan that revealed a tear.

He suffered the injury warming-up on Tuesday ahead of a training session at Lord's, where the second match of the series starts Thursday, ahead of what would have been his 150th Test.

Broad's 524 wickets make him England's most successful Test bowler behind longtime new-ball partner James Anderson, who is himself struggling to be fit for the second Test following a thigh problem.

"England seamer Stuart Broad has sustained a tear to his right calf and has been ruled out of the Test series against India," said an ECB statement.

Earlier Wednesday, the ECB announced that Saqib Mahmood, uncapped at Test level but who has played seven one-day internationals and nine Twenty20s, had been called up as cover for Broad.