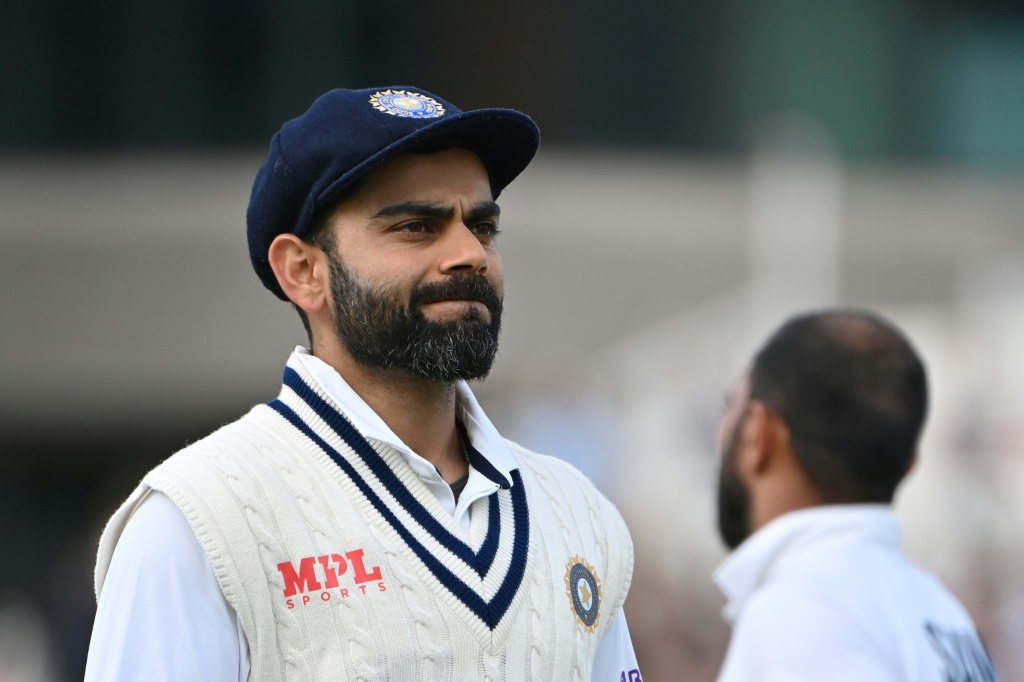 India captain Virat Kohli said his team had no one to blame but themselves after both they and England were docked two World Test Championship points each for maintaining a slow over-rate in their rain-marred drawn series opener at Nottingham last week.

Both teams were also fined 40 percent of their match fee by match referee Chris Broad.

England and India now take two points each out of the Test, the first of a five-match series, instead of the four they would normally receive for a draw under the new points system for the 2021-23 WTC cycle.

Kohli, as captain a key figure in maintaining the over-rate, said Wednesday ahead of the second Test at Lord's: "As a team we are not pleased we lost two points because of factors that are definitely in our control.

"We have to keep up to speed with the pace of the game -- small little things where we can save 10 to 15 seconds is something that really matters. We practised that in the second innings and we were able to cover up three or four overs."

The points deductions could yet have a bearing on whether England or India qualify for the second World Test Championship final, with Australia having missed out on this year's inaugural showpiece match -- where India were beaten by New Zealand at Southampton in June -- partly as a result of over-rate penalties.

"You don't want to be that far behind in the game you are not able to cover your overs in time," said Kohli.

"The points are very, very crucial."

One key factor in the slow over-rates at Trent Bridge was that both attacks were dominated by fast bowlers, with India left-armer Ravindra Jadeja the lone spinner on either side.

Frequent rain interruptions delayed the game, while batsmen on both sides took their time to face-up.

Australia saw their hopes of playing in the WTC final harmed when they were docked four points for a slow over-rate during the 2020 Boxing Day Test.

Together with a 2-1 series loss to India, that pushed New Zealand into second place in the table.

"It wasn't until after the game that we realised our over rate was down," said Australia coach Justin Langer in March. "Now that's really slack on our behalf.

"At the time, we probably thought it's not that big a deal -- the players get fined -- but that cost us the World Test Championship (final)."