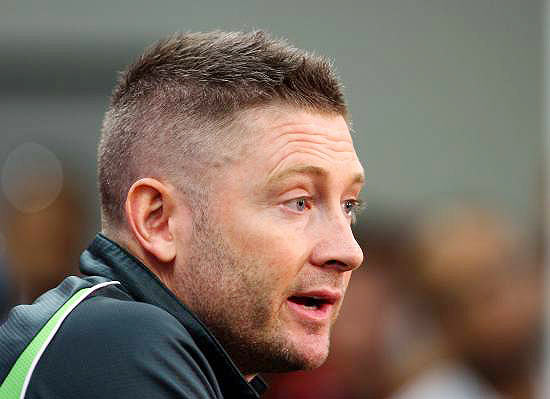 Australia former captain Michael Clarke slammed Australia’s preparation ahead of T20 World Cup and batting performance ‘horrendous', as they were defeated by Bangladesh in a five-match T20 series.

In the last match of the series, Australia coped only 13.4 overs to score their all-time lowest 62 runs with only one six from Ben McDermott.

The pitch's condition was undoubtedly a factor, but Clarke was confused as to why the squad's spin bowling concerns have not yet settled down.

“We have been horrendous. I remember when I started my career for Australia our weakness was playing spin bowling. Years moving forward we are making the same mistakes. We still haven’t improved,” said Clarke

Clarke also stated that it should be a wake-up call for Australia as the current T20 preparation is not reaping the good result.

“I think the best way to practice spin bowling is not actually in Australia to prepare for subcontinent conditions, [it] is to take yourself off the pitch,” he said.

“If you want to face spin conditions you can get on day four, day five in the subcontinent or in some of these T20 matches when they are playing a lot on the one surface, go and bat on the grass beside the pitch,” he added.

“Tell the spin bowlers to bowl to you on the grass. Then you get natural variation, one ball shoots along the ground, one ball bounces over your head, one spins square, one ball goes straight on,” he further said.