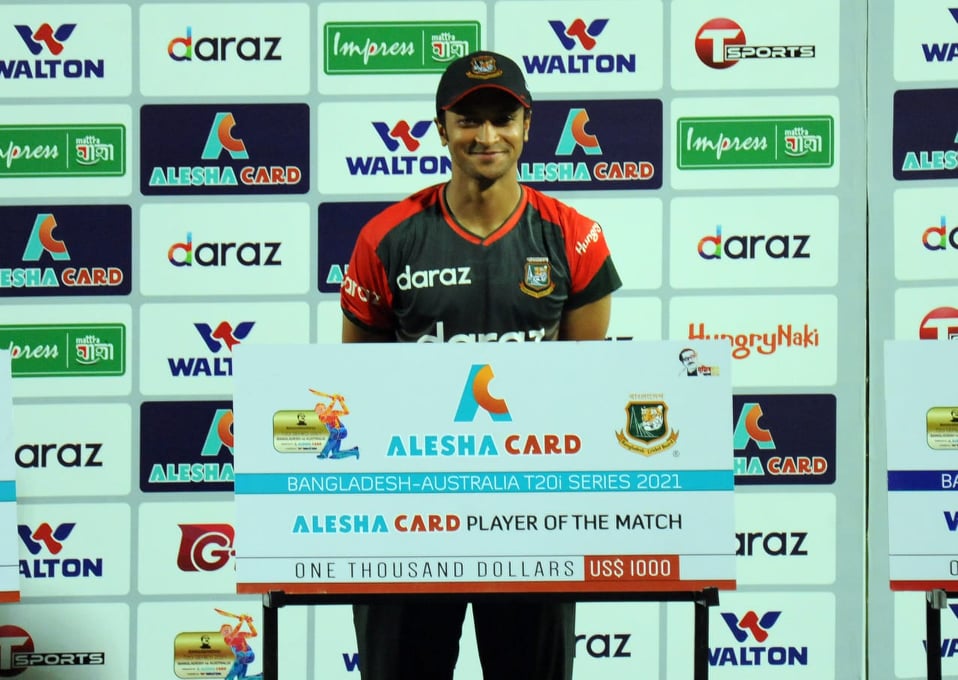 Shakib responded that Malinga did not score 1000 runs and that he keeps track of his records when asked about being the first Bangladeshi to achieve such a feat.

"Has anyone else done it? I guess he (Malinga) didn't score 1000 runs. Sometimes I keep track of records," Shakib said in the post-match conference.

From 84 T20I outings, the southpaw has 102 wickets. Today [Monday], he passed Shahid Afridi and Tim Southee for the most T20I wickets.

Shakib will fly to the United States once the series concludes and return before the New Zealand series later this month.