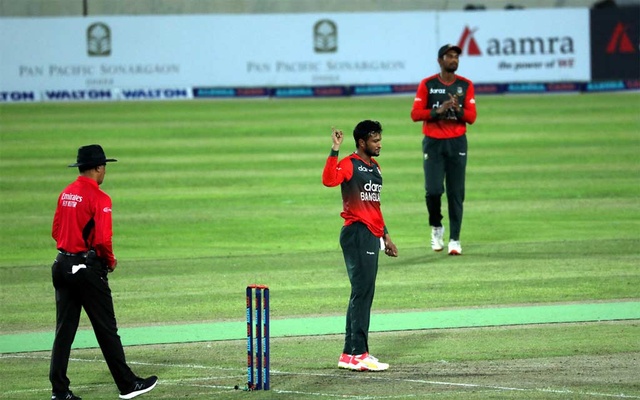 When Shakib Al Hasan took the wicket of Australia's Ashton Turner during Bangladesh's fifth and final T20I against the Aussies at the Sher-e-Bangla National Stadium in Mirpur Monday as he became the only player in T20I history to take 100 wickets and score more than 1000 runs.

Shakib reached the milestone in the 12th over of the game when Turner cut that straight to short cover and found Mahmudullah.

Ace all-rounder had his sights set on two distinct records in this series. Prior to the series, the 34-year-old all-rounder was only five wickets away from becoming only the second player in T20I history and the first Bangladeshi to do so.

Sri Lanka's Lasith Malinga is the only player to achieve the 100-wicket mark in T20Is, with 107 wickets in 84 games.

In Test cricket, South Africa's George Giffen (1896) was the first to take 100 wickets and score 1000 runs, while England's Ian Botham (1985) was the first player to achieve this in ODIs.