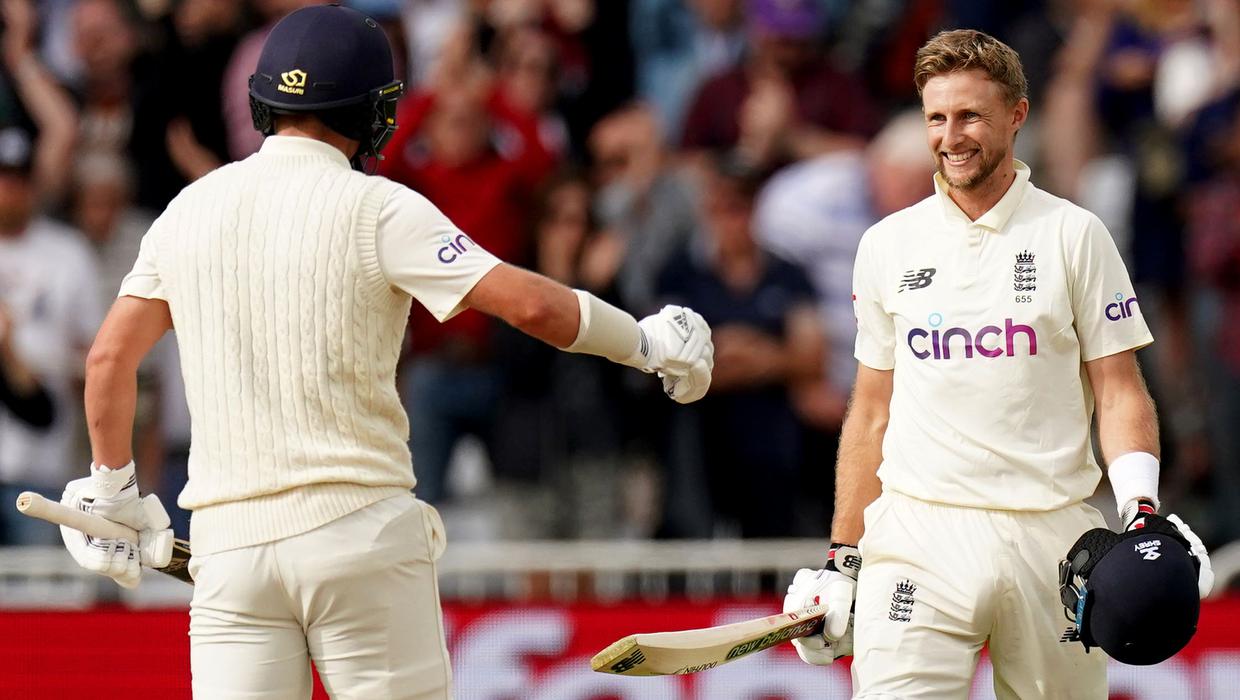 England captain Joe Root encouraged his team to put their worries to one side after his impressive hundred at Trent Bridge on Saturday kept them in the first Test against India.

Root has had plenty to be concerned about in recent times, having lost his first home series as captain against New Zealand and seeing close friend Ben Stokes take an indefinite break from all cricket due to mental health issues.

He has also had to deal with the fallout from the social media furore that saw paceman Ollie Robinson, recalled by England for this match, banned for historic racist and sexist Twitter posts.

Things did not get any easier for Root when England were dismissed for just 183 in their first innings at Trent Bridge, although he did top-score in that lowly total with 64.

India will head into Sunday's fifth and final day requiring 157 more runs to win with nine wickets standing but England, thanks mainly to Root, still have a chance of winning the first match in this five-Test series.

"In the context of this game it felt pretty good to get a big score and give us a chance of winning this Test match," said Root.

"This morning I said to myself, and to the group, 'just remember what is fun about cricket'.

"There's been a lot to handle and not just for me. It's important you find ways to handle that. You can let it weigh you down but that doesn't change anything. You have to find solutions.

"It's really important we all embrace that whatever the situation, whatever the conditions and wherever you are in your own game."

Root started Saturday's final session on 96 not out but it took him a further 27 minutes to get to three figures, with a classic on-driven four off paceman Shardul Thakur seeing him to a 21st Test century.

The often restrained Root leapt high in the air and punched his chest while appearing to let out a roar of triumph before signalling to family and friends.

"I was a little bit too excited, but I certainly enjoyed it," he admitted.

"I really enjoyed the atmosphere within the ground and felt I played really nicely. The five or 10 minutes leading into getting the hundred was a bit hairy so there was quite a lot of relief. There were couple of big lbw shouts and I kept smacking it at fielders."

Root added: "I was sort of saying thank you to everyone on the ground, to my wife and all my team-mates in the dressing room."