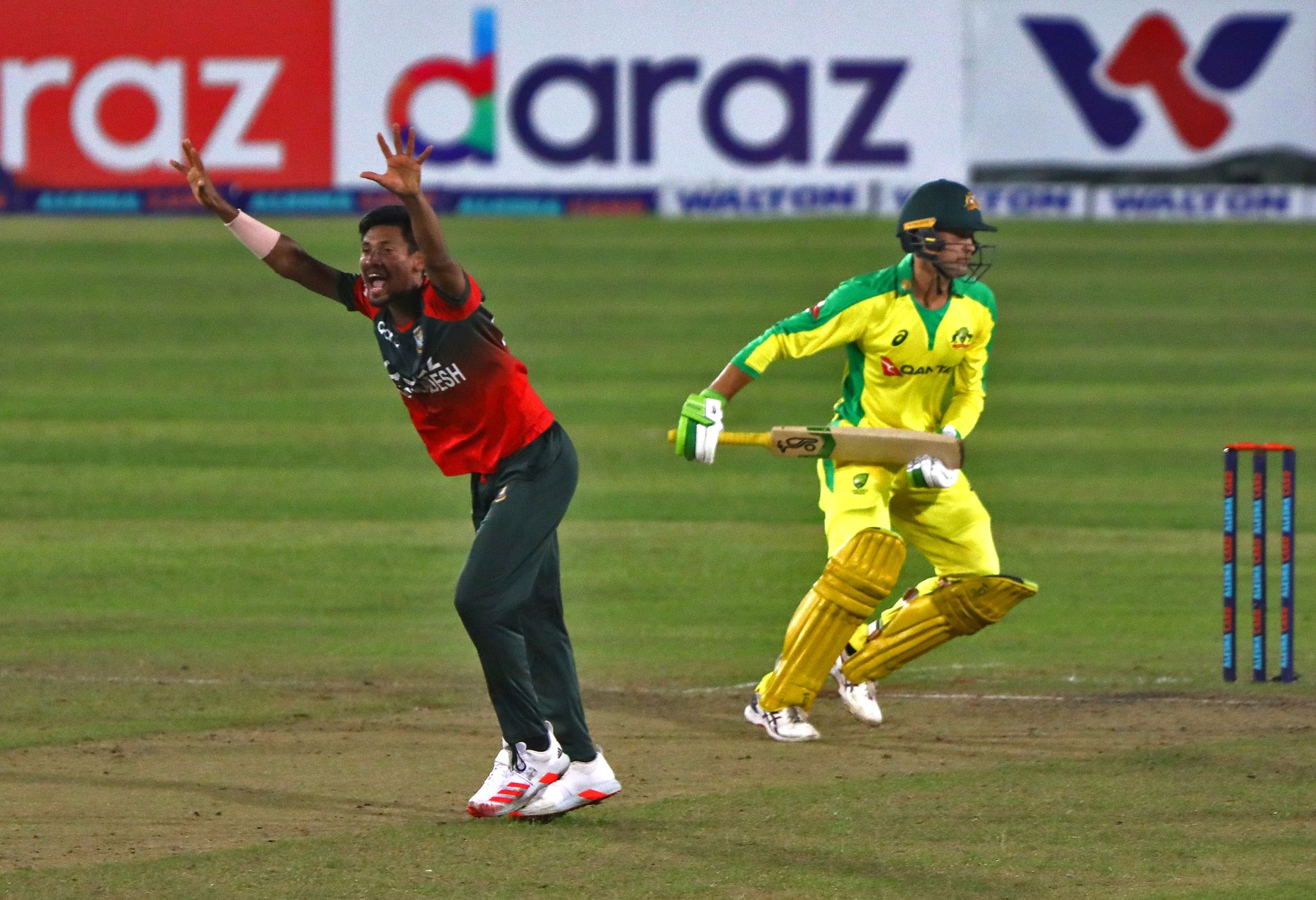 Australia defeated Bangladesh by three wickets for a consolation T20 victory on Saturday, thanks to Dan Christian's 39 and Mitchell Swepson's 3-12.

Bangladesh lead 3-1 after winning the third match on Friday to complete their first-ever series victory over Australia.

Christian, who came in at number three ahead of Mitchell Marsh, smashed five sixes off a Shakib Al Hasan over to help Australia win a low-scoring match after Bangladesh scored 104-9.

The inclusion of leg-spinner Swepson and Tye in Australia's team paid off, with the two bowlers splitting six wickets between them.

Swepson's consecutive strikes in the 11th over to eliminate skipper Mahmudullah Riyad and wicketkeeper-batsman Nurul Hasan, both on zero, shook Bangladesh.

Afif Hossain (20) and Mahedi Hasan (23) both contributed to the total reaching 100, but Tye struck three times with his medium-pace bowling to hold Bangladesh in check.

Shoriful Islam, who has been reprimanded by the International Cricket Committee for his aggressive celebration after dismissing Mitchell Marsh in his team's previous match, was out on the final ball of the Bangladesh innings.