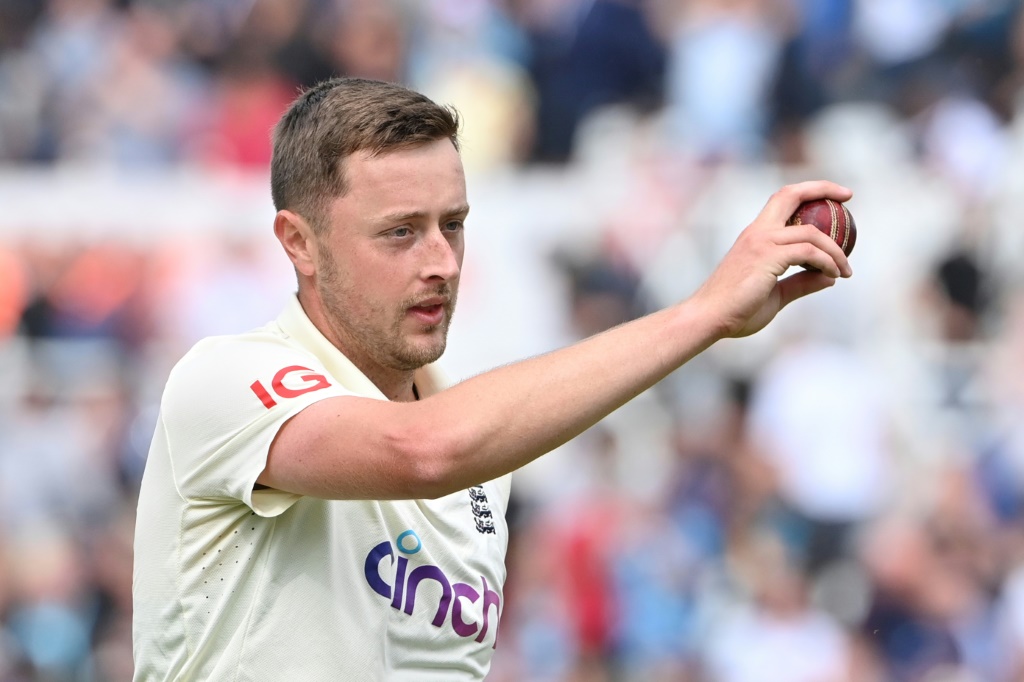 Ollie Robinson may have taken five wickets against India in the first Test at Trent Bridge on Friday but afterwards he said the Twitter row that overshadowed his England debut left him fearing for his international career.

The 27-year-old paceman, bowling first change behind England greats James Anderson and Stuart Broad, finished with 5-85 in 26.5 overs as India made 278 in reply to the hosts' meagre first-innings 183.

While Anderson took 4-54, Robinson's haul was all the more valuable given Broad's return of 0-70 six years to the day since his stunning 8-15 against Australia at Trent Bridge -- the seamer's Nottinghamshire home ground.

This is just Robinson's second Test match after a promising on-field debut against New Zealand at Lord's in June was blighted by the re-emergence of historic racist and sexist tweets.

Disciplinary chiefs gave him an eight-game ban, three of which he has since served with the other five suspended.

Recalled by England at the first available opportunity, a relieved Robinson said he thought his Test career might be over almost as soon as it had started.

"There was a time when I was speaking with my lawyers and we were looking at the fact I could be banned for a couple of years and never play for England again," he told reporters.

"In a couple of years I would have been 30 and someone else could have come in and taken my spot. So there was definitely a time when I had doubts over my career -- but luckily it all came good today," added Robinson, with England 25-0 in their second innings at stumps on the third day -- a deficit of 70 runs.

"It was tough. Probably the toughest few weeks I've had in cricket to be honest, or in my life actually. It affected not only myself but my family too."

Now Robinson hopes any attention he receives will focus on his cricket.

"I was a young 18-year-old naive guy and I made a lot of mistakes, not just those tweets," he said.

"I have grown as a person a lot in that time. I have learnt a lot and tried to develop myself as a person in the last 10 years.

"I am father now as well and I have just tried to make myself the best person I can be -- and I hope people will be able to see that."