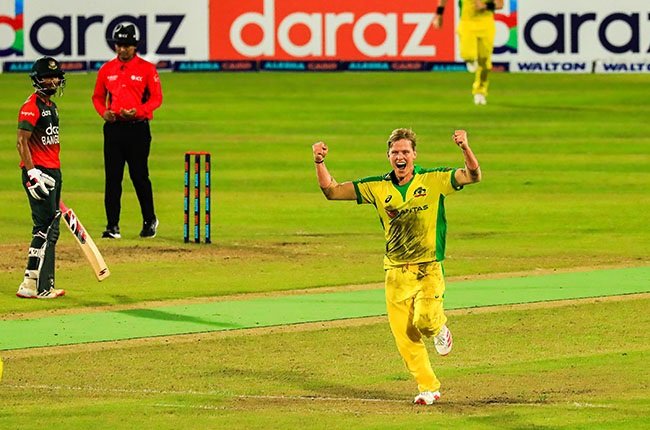 Australian fast bowler Nathan Ellis said he would forever cherish becoming the first cricketer to take a Twenty20 international hat-trick on debut, despite the visitors crashing to a 3-0 defeat in their five-match series against Bangladesh.

Replacing Mitchell Starc in the starting line-up, Ellis made history when he removed Mahmudullah Riyad, Mustafizur Rahman and Mahedi Hasan in the final over of the third match in Dhaka on Friday.

"It was a surreal moment," Ellis said. "To come out of the other end of it with a hat-trick -- it's not something I planned to happen or thought about happening but (it was) pretty amazing. Something I will cherish forever."

"This whole tour has been a bit of a surreal experience for me."

While Ellis helped restrict Bangladesh to 127-9, the hosts held their nerve to defend their total, winning by 10 runs to secure their first series win over the visitors in any format.

The young Tasmanian quick came to Bangladesh as a reserve player and was included in the Australian side only after fast bowler Riley Meredith picked up an injury.

Ellis conceded at least one boundary in each of his first three overs before his hat-trick. He is only the second Australian to take an international hat-trick on debut after Damien Fleming achieved the feat against Pakistan in a Test in 1994.

Before this week, Bangladesh had never beaten Australia in a T20. The fourth match of the series will be played on Saturday.