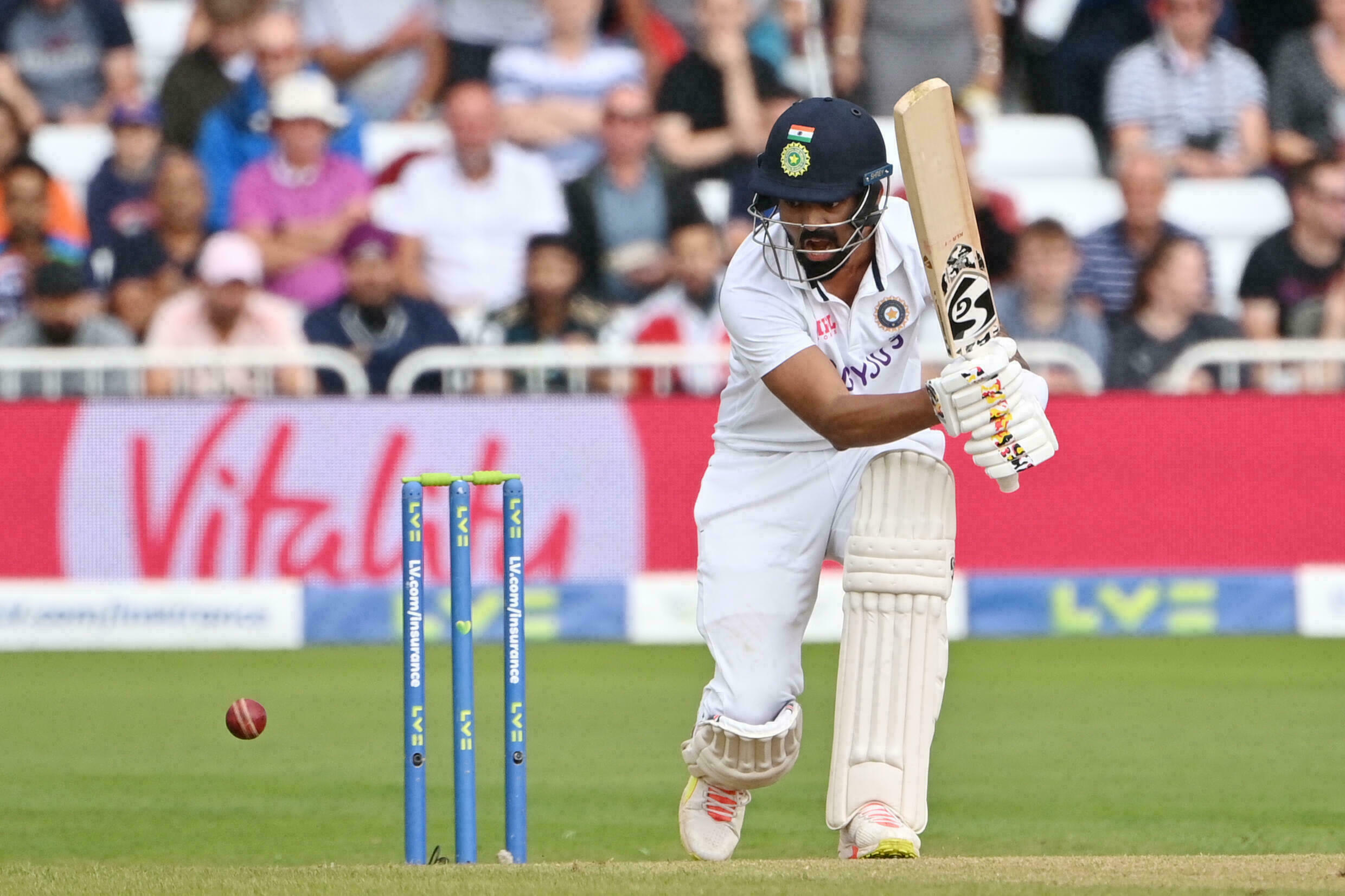 Opening batsman Rahul, in his first Test for nearly two years, top-scored with 84 as India made 278 in reply to England's meagre first-innings 183.

Rahul was helped by two dropped slip catches that underlined England's status as the worst-performing cordon in Test cricket.

At stumps, England were 25-0 in their second innings -- a deficit of 70 runs -- after rain meant only 50 overs out of the 98 scheduled for the day were bowled.

Earlier, all-rounder Jadeja's typically dashing 56 featured eight fours and a six and there was more pain for England when tailender Bumrah made a Test-best 28.

"Today I was able to go out there and show a lot of discipline to give my side a good start," Rahul told reporters after his 12th fifty in 37 Tests.

The 29-year-old, who has also scored five Test hundreds, spent much of his near six-hour innings facing James Anderson and Stuart Broad in overcast conditions that favoured the England pace greats.

"It (the pitch) wasn't unplayable or anything but having to play against the likes of Anderson and Broad in these conditions is no batsman's dream. But...I love challenges."

Ollie Robinson, playing just his second Test after being suspended following the re-emergence of racist and sexist tweets on his England debut against New Zealand on June, led the attack with 5-85 in 26.5 overs -- his first five-wicket haul in Tests.

Robinson was glad to have overcome "probably the toughest few weeks I've had in cricket to be honest, or in my life actually," with a haul of wickets.

"It was important for me to show everyone that I am the real deal on the field," the 27-year-old Sussex seamer added.

Robinson was involved in some verbal confrontations but insisted they were merely "friendly banter".

"We were just trying to get them out of their bubble, they were batting well, pretty defensive.

"I was trying to get KL to play some shots against us. It was all good fun."

Anderson's figures of 4-54 in 23 overs took him to 621 Test wickets. Only two retired spinners, Sri Lanka's Muttiah Muralitharan (800) and Australia's Shane Warne (708), are ahead of him in the all-time list.

India resumed Friday on 125-4 after Anderson had dismissed Chestehwar Pujara and India captain Virat Kohli -- out for a duck -- with successive deliveries.

Rahul was 57 not out, having only been selected after when Mayank Agarwal was hit on the head batting in the nets on Monday.

He should have been out for 52 when Dom Sibley drop a routine slip catch off Anderson.

Rahul had added just one run to his lunch score of 77 when he edged Anderson to first slip only for England captain Joe Root to floor the head-high chance.

Fortunately for England, Rahul's near six-hour innings ended when he nicked Anderson into the gloves of wicketkeeper Jos Buttler.

Left-hander Jadeja hoisted Anderson for a superb six high over square leg and celebrated an 81-ball fifty with his 'sword' twirl of the bat before Robinson had him caught by Broad at mid-off.

The runs kept coming even when Root took the new ball but, surprisingly, didn't give it to either Anderson or Broad.

Bumrah, whose previous highest score in his 21 Tests was 10 not out, smashed left-armer Sam Curran for 14 runs in three consecutive balls with two fours either side of a pulled six.

He was last man out when well caught by Broad, running round from fine leg, off Robinson.

Broad, six years to the day since taking a Test-best 8-15 against Australia at Trent Bridge, his Nottinghamshire home ground, finished with 0-70 in 20 overs.