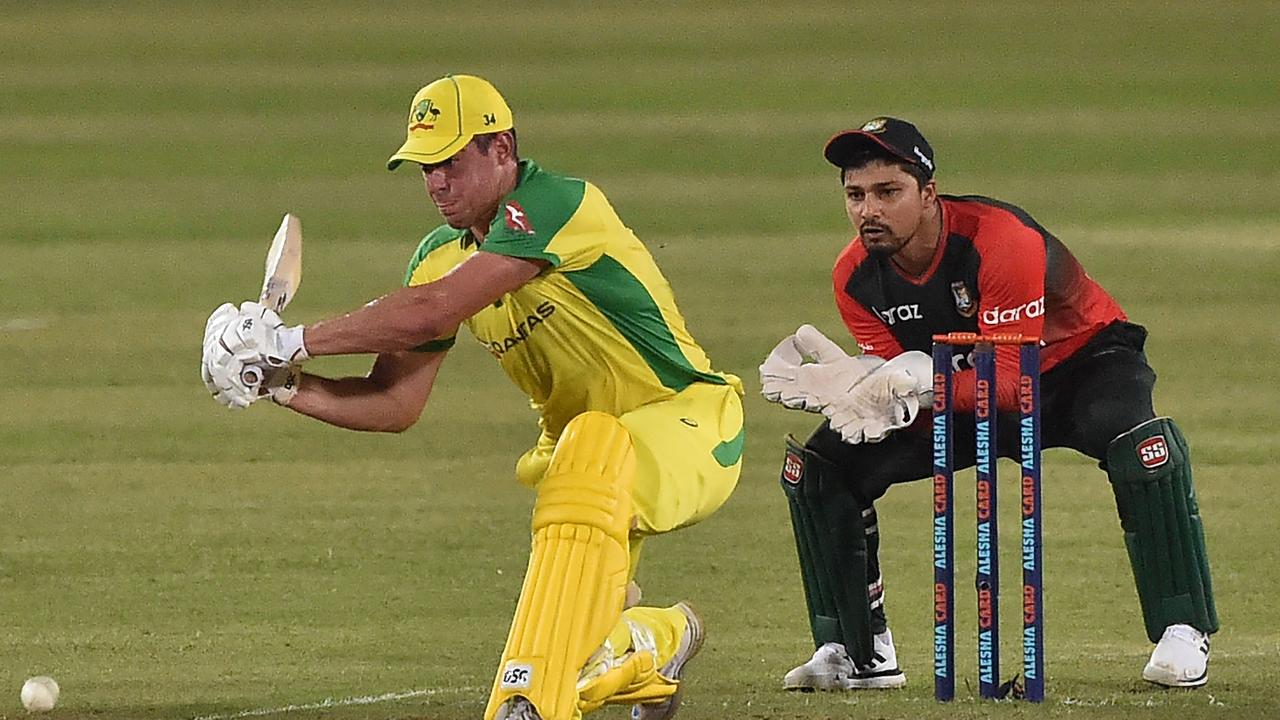 Exposure to difficult, "alien" conditions in Bangladesh could be a blessing in disguise for Australia in future, batsman Moises Henriques said after a second successive T20 defeat against the hosts on Wednesday.

Bangladesh celebrated a five-wicket win to take a 2-0 lead in the five-match series, as Australia failed to adjust to a low, slow wicket having arrived in Dhaka last week from the West Indies.

"The wickets we are playing on here, and even in Barbados in the one-day series, are alien to what we probably come across," said Henriques who made 30 on Wednesday.

"There are big adjustments for us and we probably have to adapt a bit quicker, that's for sure. There are no excuses.

"I think it's great for us to get exposed to this because I don't think it's going to get any more different, any more the opposite to what we are used to in Australia."

Australia lost a five-match T20 series 4-1 to the West Indies in July before bouncing back in the one-dayers, 2-1.

They are missing key regulars, including the injured Steve Smith and Aaron Finch while David Warner, Glenn Maxwell and Pat Cummins are among the stars who opted out of the West Indies and Bangladesh tours.

Mathew Wade is leading a young side, which was stunned by Bangladesh in Tuesday's series opener by 23 runs.

Australia showed little improvement in the second match as Bangladesh restricted the tourists to 121-7.

Australia's bowlers had Bangladesh struggling at 67 for five at one stage but young Afif Hossain and Nurul Hasan put on 56 in an unbroken sixth wicket stand to take their side home.

"He summed up the conditions very well tonight. We have to find a way in a very short turnaround to come back and try and get as many runs as possible," he said.

Wednesday's defeat means Australia must now win three consecutive matches if they are to avoid their first series defeat against Bangladesh.

"Now we can control in assessing a few things and plan as to how we can get better in the next three games," he said.

"Not even for the next three games, but there are few young guys also who will be going to play a lot more cricket for Australia.

"If they can find the way to succeed in such conditions, they won't be faced with too many tougher conditions."

The third match of the series takes place on Friday.