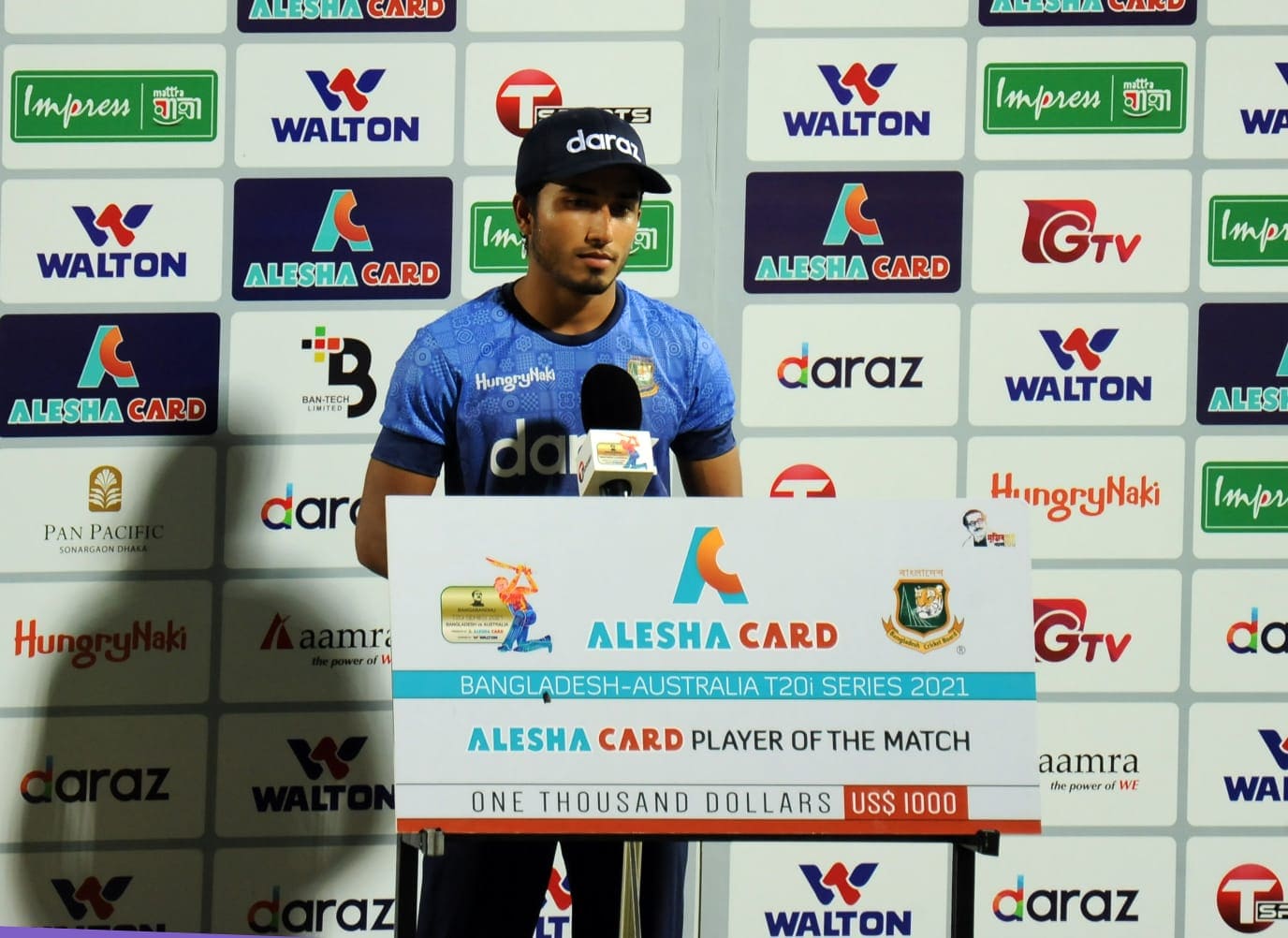 Hosts Bangladesh have defeated Australia by five wickets with eight balls to spare in the second match of the five-match T20I series at Mirpur Wednesday, putting them on the cusp of a rare series triumph.

In the second match, Afif Hossain and Nurul Hasan were instrumental in Bangladesh's triumph, as they chased down 122 runs on a slow and low ground at Sher-e-Bangla National Cricket Stadium.

According to middle-order batsman Afif, Bangladesh's success in the ongoing T20I series against the Aussies has been based on teamwork.

“There is always a bowling advantage for us when we play in Mirpur. The bowlers have been able to use that bowling advantage very well so far in the series I think. At the same time we are also doing well as a fielding unit. Overall we are being able to produce a good team effort,” said man of the match Afif to the media following the game Wednesday.

Afif spoke about his match-winning partnership with Nurul, saying that the pair made sure they didn't lose any wickets and that they stayed till the end to finish the game, adding that the rotation of strike with some boundaries kept the required rate under control.

“We [me and Nurul] had to keep ourselves calm and keep wickets in hand. That was the plan and Nurul bhai played really well and that’s why no pressure came on to me. We both had planned not to give away our wickets as we needed run-a-ball. So we both were trying to score runs but not give away wickets,” he added.

The 21 years old batsman batted like an experienced batsman as he is reluctant to accept any age obstacle for his performance. He said “Doesn't matter if you are young or old, just got to do it for the team”