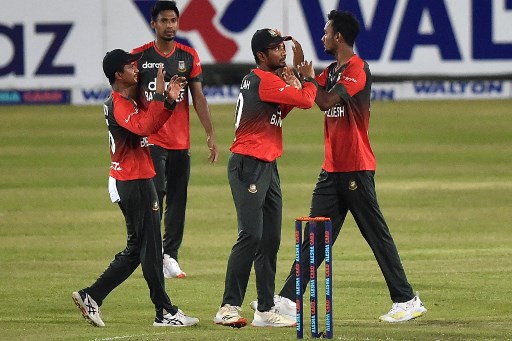 In the third game of the current five-match T20I series, Bangladesh would seek for a rare series win over visitors Australia, according to Bangladesh T20I captain Mahmudullah.

Bangladesh took a 2-0 lead in the series on Wednesday, defeating Australia by five wickets in the second T20I at Mirpur Sher-e-Bangla National Cricket Stadium with eight balls to spare.

Bangladesh is now on the verge of completing a historic series triumph over Australia if they win the third game on Friday, with two matches remaining.

“Definitely [looking for a series win in the next game]. We are taking it one game at a time. We need to stand up there in the middle and perform to the best of our ability. That’s what matters,” said Mahmudullah at the post-match presentation Wednesday.

The triumph for the hosts came on the shoulders of Afif Hossain and Nurul Hasan, two young players.

“It was very pleasing to see Afif and Nurul stand up and carry till the end. That showed a lot of maturity. Upfront the bowlers did a good job restricting them to a low total. Shakib [al Hasan] was very crucial with his bowling, and also with the bat. It just shows how valuable he is for the team,”

“Losing few wickets had caused a bit of tension in the dressing room but the way Nurul and Afif batted, I think it took the pressure off and in the end we were relieved" he added.