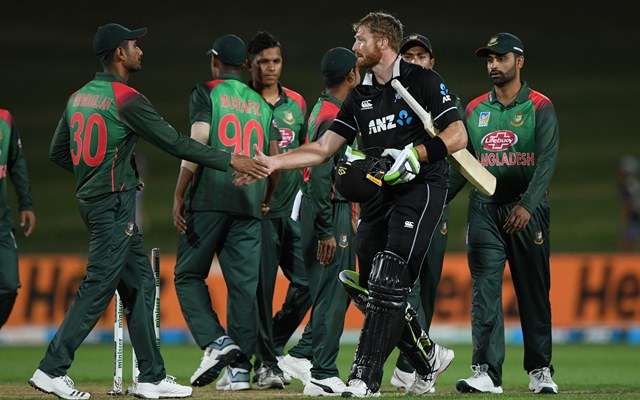 The Bangladesh Cricket Board (BCB) has confirmed that New Zealand will play a five-match T20I series against Bangladesh. The series earlier was supposed to be of just three-T20I matches.

The series was confirmed after a planned visit by England in September-October was pushed back to March 2023.

The Kiwis are scheduled to arrive in Dhaka on August 24 and will be quarantined in a hotel. The visitors will then play a warm-up match at the Bangladesh Sports Education Institute (BKSP) on August 29.

Bangladesh had previously toured New Zealand for three ODIs and an equal number of T20Is in mid-March and April, the visiting team suffered 3-0 clean-sweeps in both ODIs and T20Is.

Bangladesh is currently hosting Australia in a five-match T20I series that began on August 3. The hosts won the first match by 23 runs in Dhaka, recording their maiden win against Australia in the shortest format.