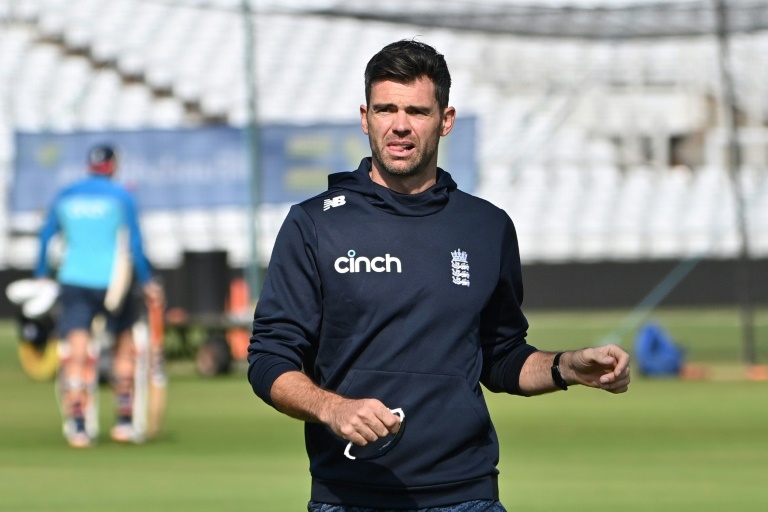 England great James Anderson said Tuesday he was "excited" by the prospect of facing India captain Virat Kohli again as two of the world's best cricketers prepare for yet another head-to-head clash.

Anderson is the first fast bowler to take 600 Test wickets, with Kohli one of the outstanding batsmen of his generation.

The pair are set to play key roles in a five-Test series that starts at Nottingham's Trent Bridge on Wednesday.

Recent England-India series in England have seen the spoils shared -- Anderson dismissed Kohli four times in 2014 while Kohli scored two hundreds in 2018 without falling to the swing specialist.

"I'm definitely excited to play against him (Kohli) again," Anderson told a conference call on Tuesday.

Kohli has gone nearly two years without a Test hundred but still averages over 52 in the format.

"You always want to challenge yourself against the best in the world and he's certainly that," Anderson added.

"We know how big a player he is for them both as a batsman and as captain, he has a huge influence on that team.

"So we know he's a big wicket and, to be honest, I don't care if I get him out. As long as somebody gets him out that's the main thing. He's an important wicket.

"I think challenging yourself against the best in the world is really exciting and their top six is riddled with talent so it's going to be a big challenge for us seam bowlers."

But with neither Anderson nor new-ball partner Stuart Broad involved in the Hundred or One-Day Cup, the veteran pair have been doing more commentating than playing in recent weeks.

Since England's home series loss to New Zealand in June, Anderson has bowled just 22 overs for Lancashire and Broad 19.1 for Nottinghamshire.

"It's not ideal, but that's just the nature of this summer, unfortunately," said Anderson. "There's not been much red-ball cricket at this time of year."

England's 1-0 loss to New Zealand was their first series reverse on home soil since 2014 and Anderson said: "We're really really keen to improve from that New Zealand series earlier in the summer, where I don't feel we gave a great showing of ourselves. I think we can do much better than that."

England's team is set included paceman Ollie Robinson for the first time since his debut appearance, in the first Test against New Zealand at Lord's, was overshadowed by the re-emergence of historic racist and sexist tweets.

The Sussex seamer was subsequently banned but is now free to resume his Test career, having taken seven wickets amid the off-field furore at the home of cricket.

"I think the way he dealt with it during the game at Lord's shows a lot about his character -- he bowled brilliantly during that game," Anderson said.

"Everything that's gone on off the field is now behind him and he can just get on and hopefully, if he does play, carry on his good form in Test cricket."