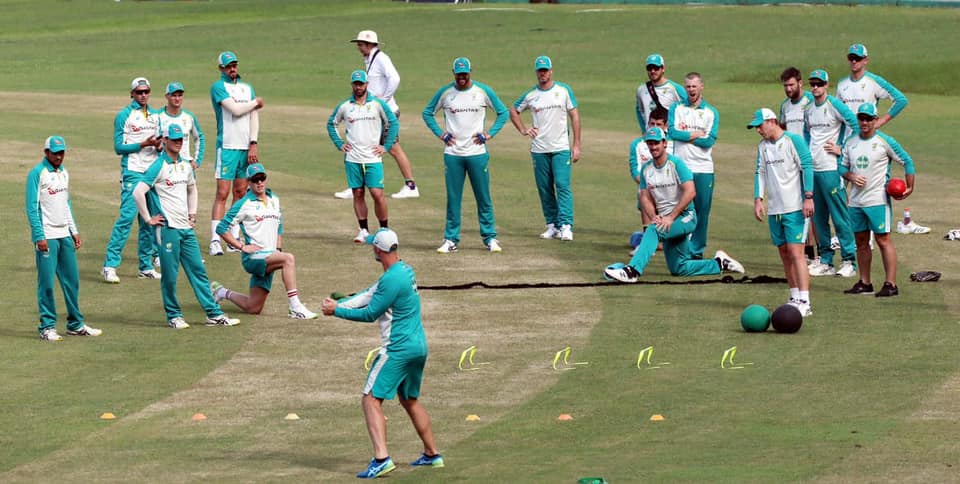 Bangladesh and visiting Australia cricket squad returned to the field today (Sunday) after three days of room quarantine at the team hotel following their return from separate tours, ahead of their bilateral five-match T20 series.

In the morning, the Tiger players and coaching staff walked to the pitch at the Sher-e-Bangla National Stadium to begin short preparations for the series, which begins on Tuesday (3rd August).

The Aussies had their training in the afternoon at the same venue.

According to Australia's demands, the training sessions are held under tight Covid regulation, with only the players and coaches allowed inside.