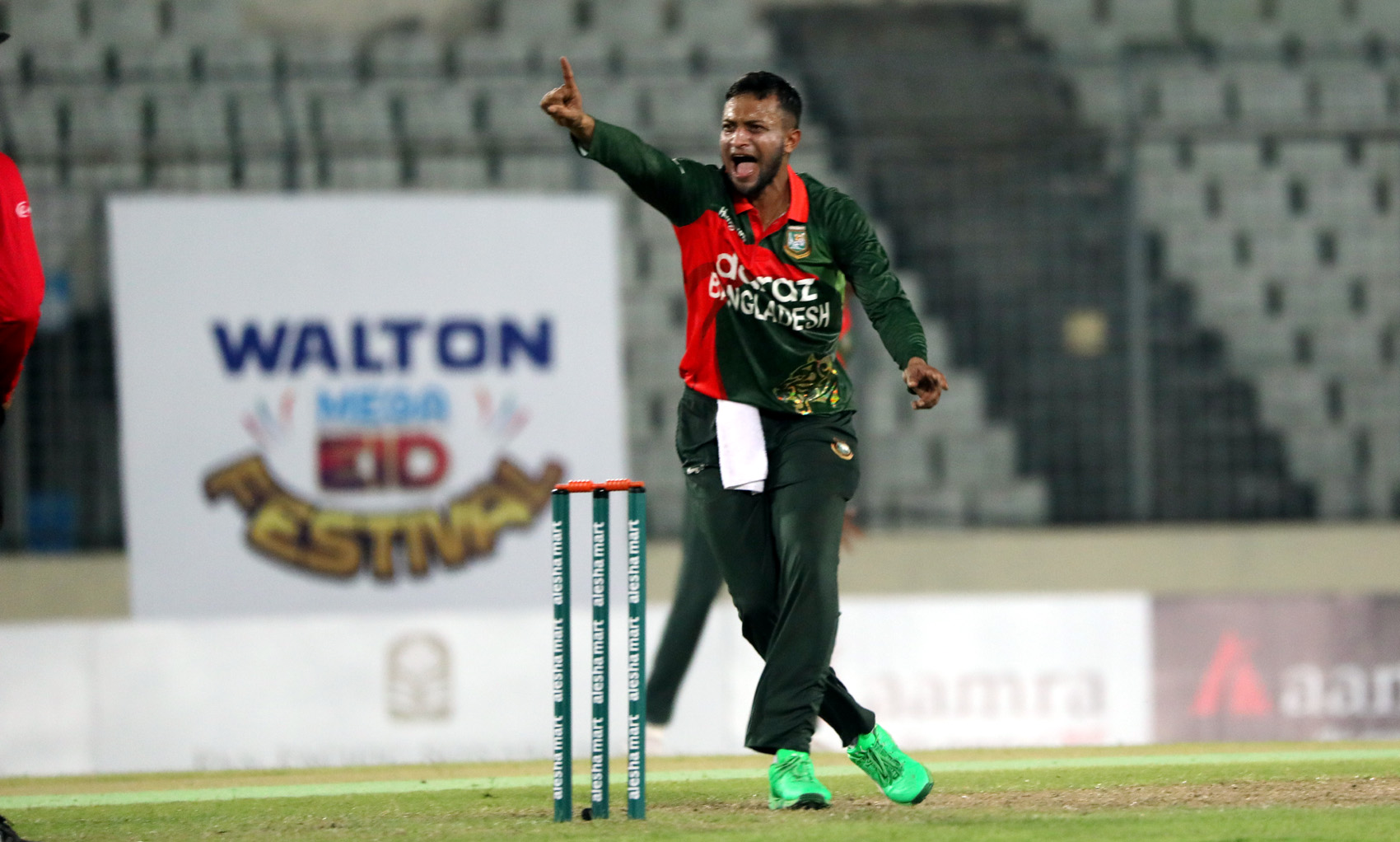 Bangladesh premier all-rounder Shakib Al Hasan is expected to set historic milestones in the five-match T20I series against Australia, which begins on Tuesday.

Shakib is just 5 wickets away from being the first Bangladesh player and only the second player in history to take 100 wickets in T20 international.

Sri Lanka’s Lasith Malinga tops the list with 107 wickets in the T20I cricket. After that Tim Southee stands with 99 wickets. While the veteran all-rounder Shahid Afridi is on number three (98) and Rashid Khan and Shakib are side by side with 95 wickets.

The southpaw needs 13 more wickets to overtake Malinga in the shorter version of the game. He has taken 95 T20I wickets from 79 games at a great average of 20.82. On the other hand, Malinga took 107 wickets in 84 matches at an average of 20.79.

Shakib can achieve another feat if he can get 13 more wickets to become the first Bangladesh player to achieve the 600-wicket mark in international cricket. He has taken 587 international wickets at an average of 28.64 from 352 appearances for Bangladesh.

If Shakib achieves this remarkable milestone during the upcoming T20 series, he would also become the only cricketer in history to have 12,000 runs and 600 wickets in international cricket.

Recently Shakib has completed 12,000 runs in international cricket and become the fastest player in the world to achieve the double of 12,000 runs and 500 wickets.