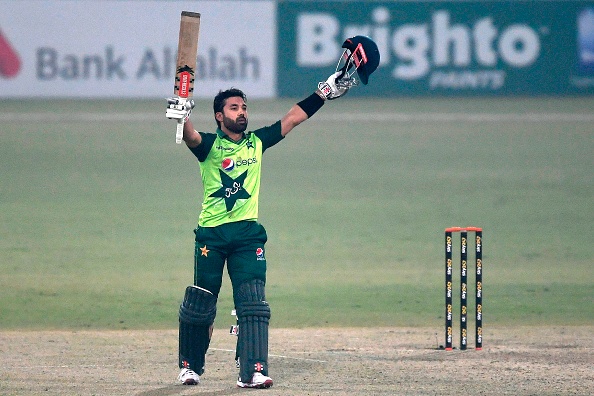 Pakistan wicket-keeper batsman Mohammad Rizwan broke the world record for most runs in T20 International cricket in a calendar year by scoring 46 off 36 balls against West Indies in the second T20I on Saturday.

The 29-year-old Rizwan has scored seven fifties and a century this year.

While Ireland's Kevin O'Brien (729) and the Netherlands' Maxwell O'Dowd (702) are third and fourth on the list, India's Shikhar Dhawan is fifth with 689 runs in 17 innings from 18 matches.

Rizwan's innings, plus a fifty by captain Babar Azam, ultimately helped Pakistan emerge victorious. The Windies were restricted to 150-4, chasing 158, with veteran off-spinner Mohammad Hafeez returning incredible figures of 1-6 from four overs, including a maiden.