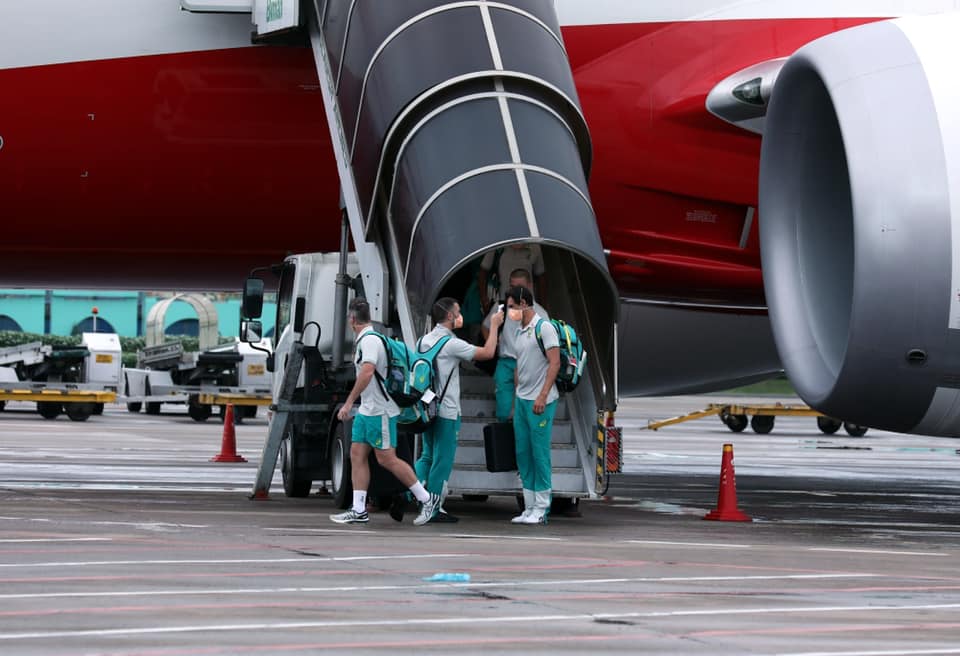 Australia cricket team have set their foot in Dhaka on Thursday [July 29] at the Hazrat Shahjalal International Airport at 4:10 pm. The Aussies traveled to Bangladesh following the white-ball tour of West Indies.

Both Bangladesh and Australia side were taken to the team hotel in the capital from the airport and set to undergo their first Covid-19 test Thursday.

The teams will be in three-day long room quarantine and after testing negative for Covid-19, they will be allowed to practice in the nets at Mirpur Sher-e-Bangla National Cricket Stadium for two days (Sunday and Monday) before the series starts.

The Aussies last visited Bangladesh in 2017 for a two-match Test series in which the Tigers recorded their historic, first-ever win in the longest format against Australia and leveled the series 1-1.

The two teams have met four times in the shortest format, with all four matches taking place as part of the ICC tournament.

Bangladesh and Australia will play the five T20Is behind closed doors at the Sher-e-Bangla National Stadium starting on August 3, 4, 6, 7 and 9 respectively.