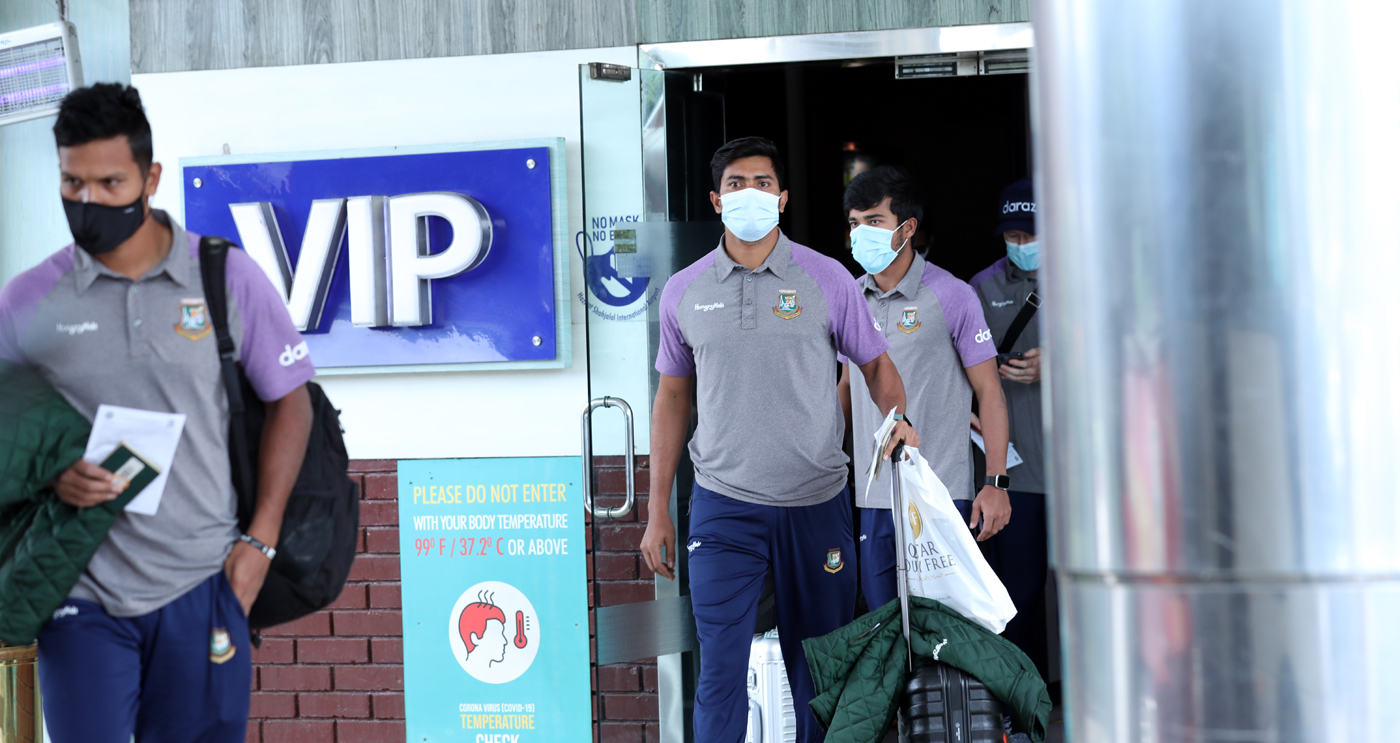 Bangladesh cricket team have arrived at 9:18 am at the Hazrat Shahjalal International Airport in Dhaka today [July 29] from Zimbabwe after a successful tour.

Tigers will directly head to the Hotel instead of getting back to their families. The players will have to quarantine for three days at the hotel ahead of their five-match T20I series against Australia.

As there is no direct flight from Zimbabwe to Bangladesh, the Tigers traveled through a Qatar Airways flight via Johannesburg and Doha.

After a successful away tour against Zimbabwe consisting of a one-off Test, the Tigers won by 220 runs and swept the one-day series 3-0. Bangladesh secured the three-match Twenty20 series 2-1 by defeating the host by five wickets.

Bangladesh and Australia will play a five-match T20I series, which will commence on August 3. The second match will be on August 4.