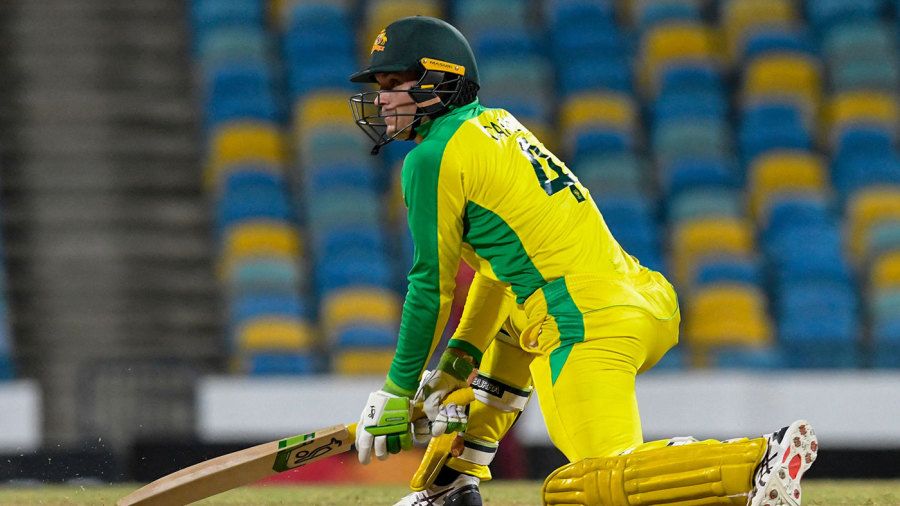 Australia is set to tour Bangladesh to play a five-match T20 series however, the captain of the side has not been finalized yet. Coach Justin Langer stated that the captain would be chosen in due time.

After white-ball skipper Aaron Finch was ruled out due to a knee problem, Alex Carey was named as the stand-in captain for Australia in the T20I series against West Indies.

After Australia's 2-1 ODI series win over the West Indies, Australia coach Justin Langer praised Alex Carey's leadership, but he appears unlikely to retain the captaincy for the T20I series against Bangladesh. The middle-order batter made 22 runs in three innings against West Indies after being recalled.

Wicketkeeper-batsmen Matthew Wade is in the line to captain the Bangladesh tour. Apart from them, Mitchell Marsh and Moises Henriques are also in the line to lead the series, according to Australian media.

"We'll work through that. We want to be consistent with those decisions, hopefully we've shown over a period now that we're very consistent with how we're selecting teams and selecting leaders, and no doubt that, that'll be shown again when we get to the T20s in Bangladesh," Langer said.

However, Carey's first stint in the role - having lost his position as shared vice-captaincy last year - will have done his credentials no harm when future captains are being assessed.

"I thought Alex's captaincy was outstanding," Langer said. "He's so calm and you can see it in his face when he bats. We've seen it through his career. As we know he's the ultimate professional, so therefore he's easy to work with as a captain because you know that he will tick every box,” said Langer.

“He'll make sure that all his due diligence is done on the opposition and he'll know how our players are travelling. So he was great to work with, I loved his calmness, loved his composure, I love what he brings on and off the field so he did a really really good job. He's very impressive in that role," he added.

Mitchell Marsh was the most successful player in the recently concluded series, scoring 219 runs and taking eight wickets to put himself firmly in contention for the T20 World Cup even when the absent players return.

"Certainly Mitch Marsh has put his hand up. That No. 3 position is really interesting depending on how Steve Smith comes up with his elbow injury," Langer said.