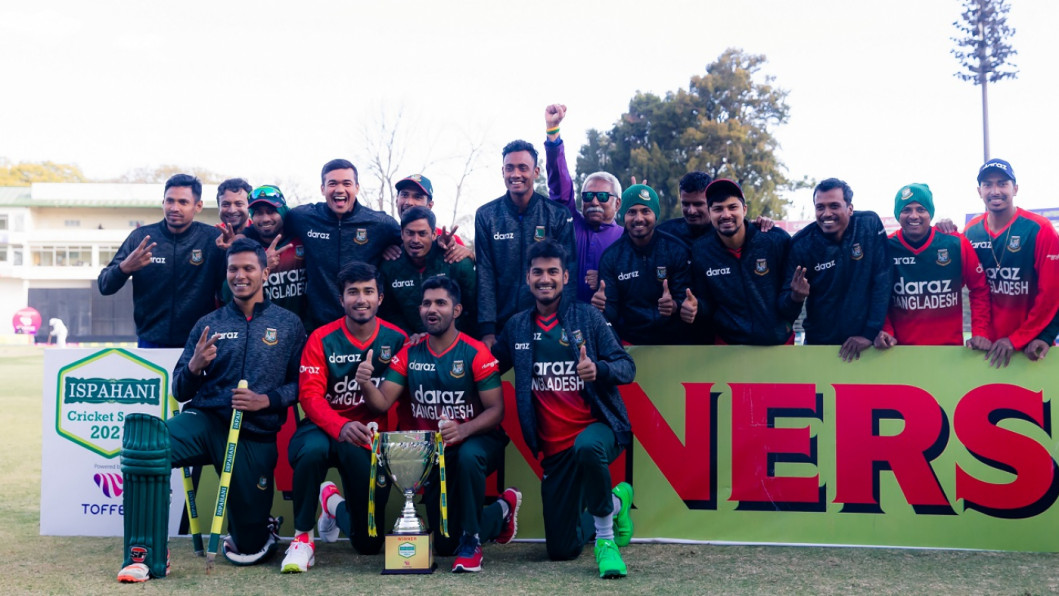 Bangladesh national cricket team is returning home on Thursday (July 29) after a full series against Zimbabwe. The cricketers and coaching staff of the Bangladesh team are scheduled to reach Dhaka at 9 am.

As there is no direct flight from Zimbabwe to Bangladesh, the Tigers will return to the country on a Qatar Airways flight via Johannesburg and Doha.

The members of the Bangladesh T20I squad will directly check-in in the hotel bio-bubble for the T20I series against Australia in Dhaka.

After a successful away tour against Zimbabwe consisting of a one-off Test, the Tigers won by 220 runs and swept the one-day series 3-0. Bangladesh secured the three-match Twenty20 series 2-1 by defeating the host by five wickets.

Bangladesh and Australia will play a five-match T20I series, which will commence on August 3. The second match will be on August 4. The remaining three matches will be played on August 6, 7 and 9. All the matches will be staged at the Sher-e-Bangla National Cricket Stadium in Mirpur.