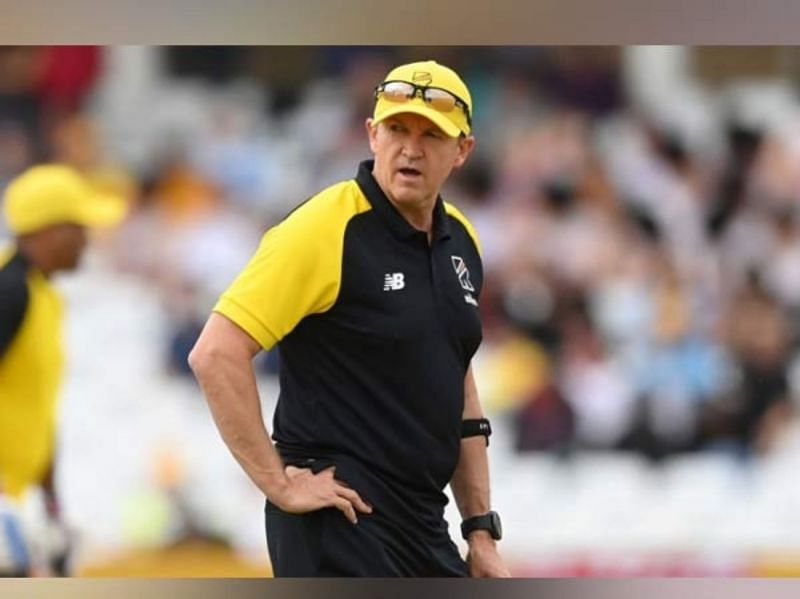 Trent Rockets head coach Andy Flower and two members of his support staff have tested positive for the coronavirus and will miss the Hundred fixture at Trent Bridge later Monday, the England and Wales Cricket Board have announced.

Rockets player Steven Mullaney and another, also unnamed, support staff member have been withdrawn from the fixture against Northern Superchargers after being identified as close contacts.

Paul Franks, already a member of the East Midlands team's backroom staff, will replace former England boss Flower as the Rockets' coach against the Superchargers.

The Rockets are also the Hundred team of England Test captain Joe Root, who is due to lead the hosts in the first Test against India at Nottingham's Trent Bridge starting on August 4.

It now appears that 53-year-old former wicketkeeper/batsman Flower -- arguably Zimbabwe's greatest cricketer -- and those of his colleagues who have tested positive for Covid-19 will have to isolate for at least 10 days.

That would mean them missing the Rockets' next two matches, against London Spirit at Lord's on July 29 and Birmingham Phoenix at Edgbaston on August 1.

Flower has been a sought-after figure on the global Twenty20 franchise circuit.

He was in India working as Kings XI Punjab's assistant coach when the Indian Premier League was curtailed in May, either side of which he coached Multan Sultans to the Pakistan Super League title, initially in Pakistan and then in the UAE after a coronavirus outbreak among players caused a postponement.

He took over as head coach of the Rockets for the inaugural season of the Hundred -- English domestic cricket's new 100 balls per side competition -- when former New Zealand captain Stephen Fleming, the team's original choice, withdrew because of Covid-related travel restrictions.

All-rounder Mullaney played in the Rockets' opening fixture of the Hundred, a nine-wicket win against Southern Brave on Saturday, meaning the team will have to make at least one change to that line-up.

And with nine days to go until star batsman Root is meant to lead England in the first Test, news of the Rockets' virus cases will be a particular worry to the ECB after they had to select an entirely new squad for the ODI series at home to Pakistan earlier this month following a dressing room outbreak in the preceding Sri Lanka series.

Covid-19 has also disrupted the English county circuit, with Derbyshire abandoning their Championship match against Essex before pulling out of the Twenty20 Blast.