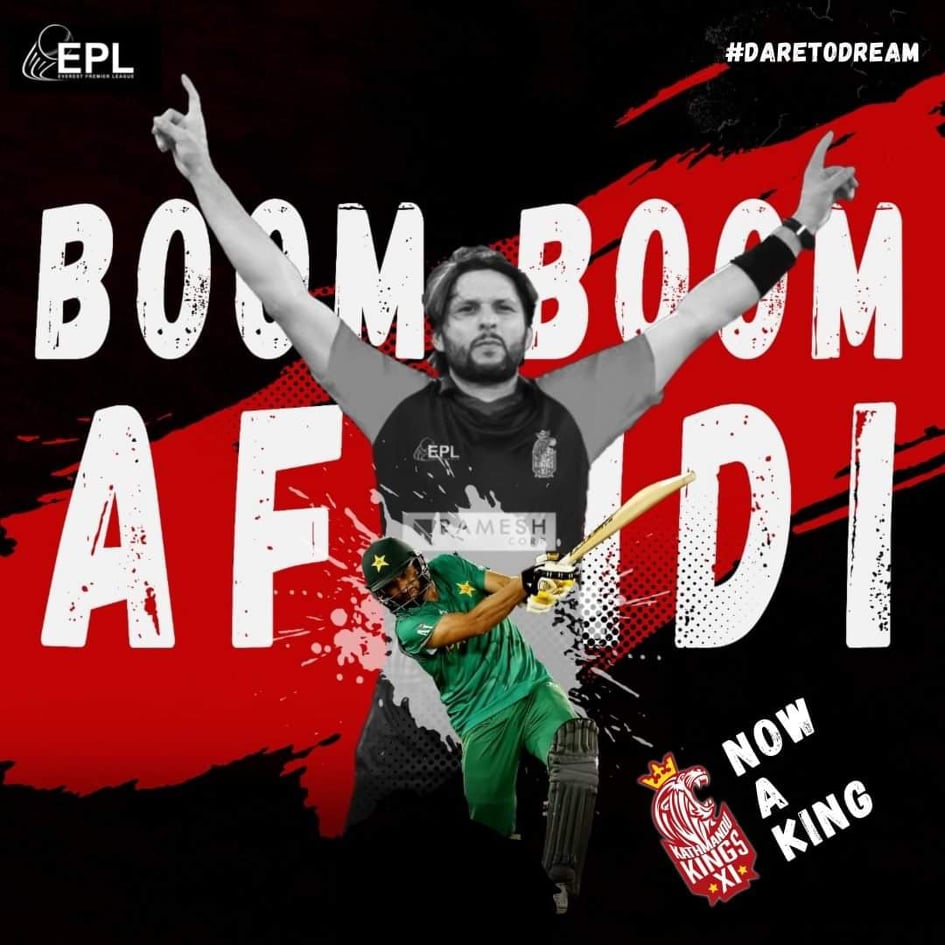 The 44-year-old leg spinner and a hard-hitting batsman has been introduced as the iconic player for the team. Afridi is known for his hard-hitting abilities and has accumulated more than 11 thousand runs from across the formats.

Rohit Gupta, team owner of KKXI said, “Shahid Afridi is an iconic superstar in the world of sport, a lot of current cricket star idolize him as the great to play cricket. Nepalese cricket fans also adore him as a legendary cricket, we understand this sentiment and we are proud and honored to announce world-renowned cricketer Shahid Afridi will be playing for Kathmandu King XI,”

Six teams are participating in this edition of the Everest Premier League.

The tournament is going to be held from 25 September to 9 October at Tribhuvan University Cricket Ground, Kathmandu.