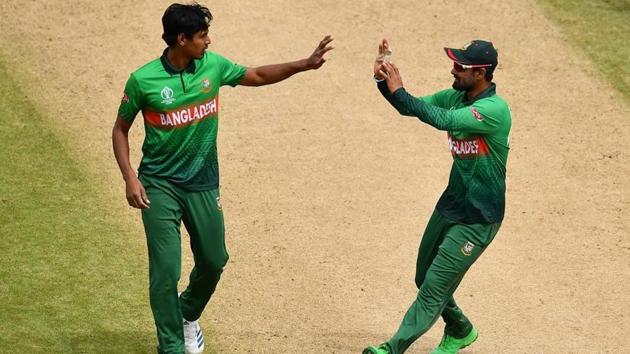 Bangladesh's main injury concerns remain with Liton Das and Mustafizur Rahman ahead of their T20I series against Australia, which begins on August 3.

However, chief selector Minhajul Abedin expects the two key players to be available for selection for the second or third of five matches, according to ESPNcricinfo.

Liton was injured in the left thigh during the opening T20I on July 20 and missed the rest of the series. After suffering an ankle injury during a tour match on July 14, Mustafiz only played one ODI and one T20I throughout the tour.

"Liton and Mustafiz should be available from the second or third game. We are not too worried about them. They will be back. Overall, we are confident about the squad. We have just won a T20 series [away against Zimbabwe]" Minhajul told ESPNcricinfo.

Apart from them, Soumya Sarkar is recovering from a groin injury sustained in the third T20I on Sunday, and Shakib Al Hasan is reportedly dealing with a long-standing groin injury.

The members of the Bangladesh T20I squad will directly check-in in the hotel bio-bubble for the T20I series against Australia in Dhaka.

Visitors Australia, who are touring the Caribbean islands at the moment, are scheduled to reach Dhaka Thursday along with the Tigers.