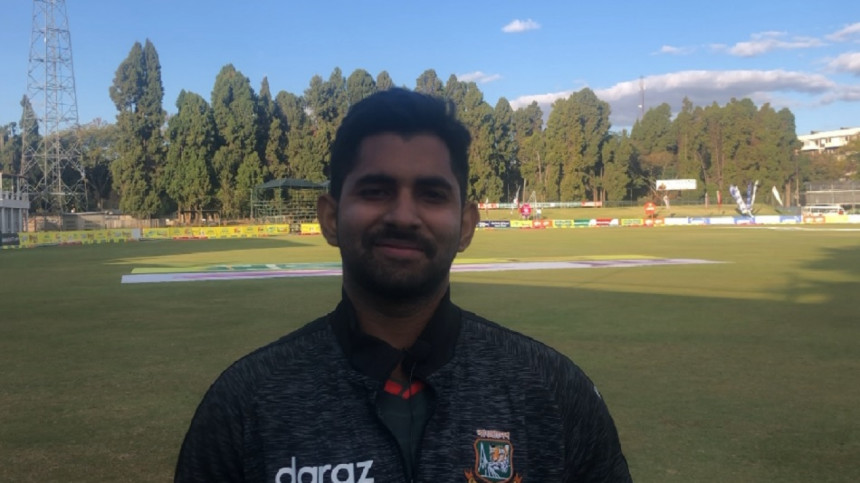 Bangladesh clinched the three-match T20 series against Zimbabwe after a successful one-off Test and ODI series. Bangladesh young gun Shamim Hossain played a magnificent knock of 31 off 15 deliveries which propelled Bangladesh to win by 5 wickets.

Opener Soumya Sarkar's 68 off 49 deliveries, studded with nine fours and a six, pave the way for the team to chase down Zimbabwe's 193 for 5 before Shamim Hossain put the finishing touch on the game.

After the match, the 20-year old all-rounder said he was disappointed in the last game as he couldn't win the match for his side.

"I was disappointed not to finish it off in the last match. That's when I decided that I would try my best to get my team over the line in the third match if I got an opportunity. I have done that successfully and that's why I am very happy," Shamim said after the match.

The U-19 World Cup winner also claimed that international cricket is different and more challenging.