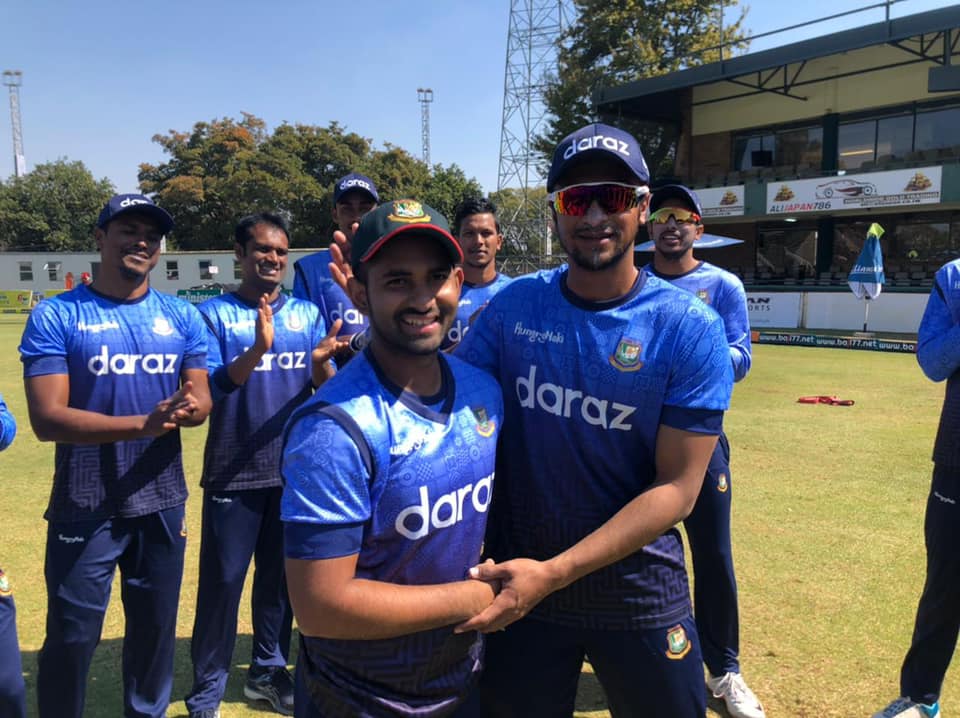 Bangladesh U-19 World Cup winner Shamim Hossain Patwari, who has shown class in age-based and domestic cricket, has also displayed potential in international cricket. He played his first match for the national team on Friday (July 23) as Bangladesh's 71st T20 cricketer against Zimbabwe.

The young star took a remarkable catch as a substitute fielder in the previous match was also get admiration. Even though the team lost the second match, Shamim did not have to be deprived of praise.

However, captain Mahmudullah didn’t forget to applause Shamim’s talent as he is happy for his debut for Bangladesh.

“Shamim is an extraordinary talent for Bangladesh cricket. I think his debut today was good. Unfortunately, we did not win. But Shamim has done very well as a batsman,” Mahmudullah said after post match video.

Skipper thinks that if Shamim's innings had been extended, the result of the match could have been in favor of Bangladesh as well. He added, "If he could finish the game, it would have well for him and the team would have also be benefitted. He also bowled an over. I think he's a great all-rounder. "