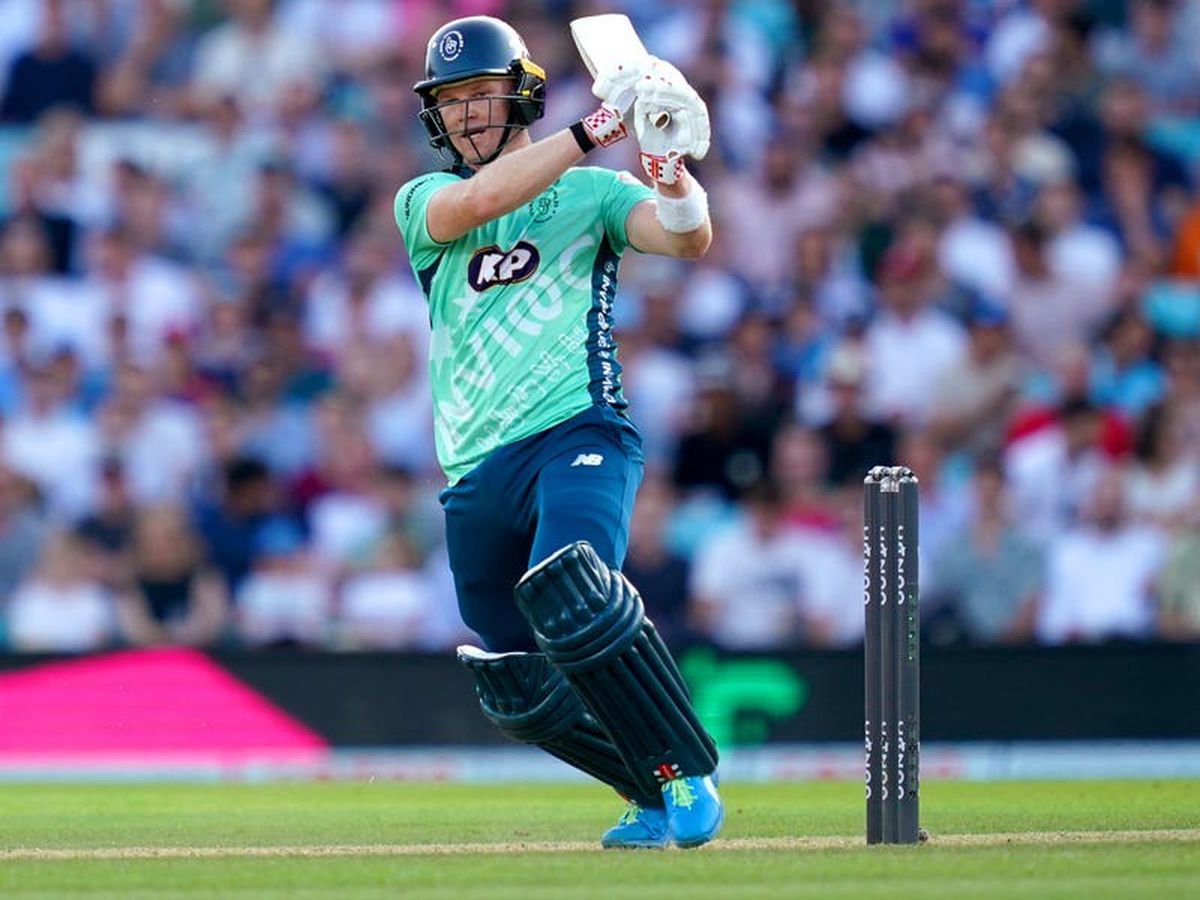 Sam Billings was glad to end a frustrating few weeks on the sidelines with a decisive innings as his Oval Invincibles side beat the Manchester Originals in the inaugural men's game of English cricket's new Hundred competition on Thursday.

The England batsman made 49 in a total of 145-8 that propelled the hosts to a nine-run win over the Originals at the Oval.

Victory completed an Invincibles' double over the Originals after the club's women's teams had launched the Hundred at the Oval on Wednesday in a dramatic match that ended with the hosts winning by five runs with two balls to spare.

Thursday's fixture, played in front of a crowd of over 18,000, didn't have quite the same drama but was important for Billings all the same.

The Invincibles captain had tested positive for the coronavirus earlier this month, a result that meant he and all of England's originally selected squad for a one-day international series against Pakistan had to self-isolate.

"It has been a pretty deflating month if I am honest, getting Covid and being pretty ill then missing more cricket because of the protocols," Billings told reporters.

West Indies all-rounder Carlos Brathwaite threatened to take the game away from the home side while making 37 off 29 balls.

But Brathwaite, who hit England's Ben Stokes for four successive sixes to seal the West Indies' stunning 2016 T20 World Cup win in Kolkata, holed out off Sam Curran with the Originals needing 19 to win off the last five balls.

This will be just one of two Hundred matches Buttler plays before joining up with the England squad ahead of next month's first Test against India but Originals coach Simon Katich was impressed by his leadership.

"I thought Jos did a fantastic job as skipper, he really relished the opportunity," said former Australia batsman Katich of Buttler, the longtime deputy to England white-ball skipper Eoin Morgan.

"He has been vice-captain under Eoin for a long time but showed what he was capable of and looked after our young spinners.

"I thought he was really attacking with his captaincy and we did a lot right, but just couldn't string a partnership together from the top four and it cost us."